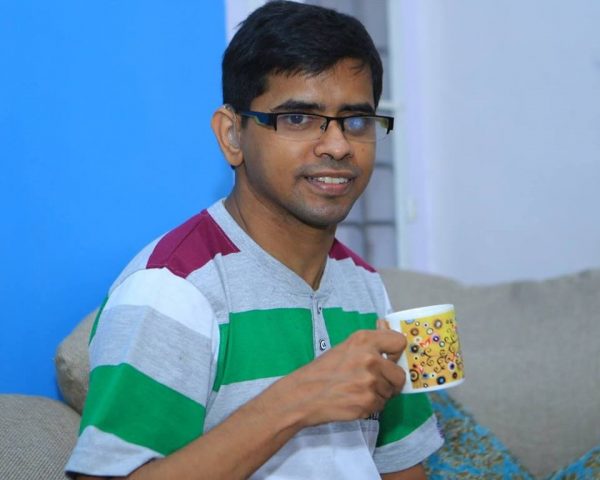 30-year-old Anjan Satish is deaf and has cerebral palsy, but he chooses not to be defined by his disability. Instead he lets his paintings speak for him.

Satish is a well-known face in the art circle in India. His skills with the brush have won him many honours, including the Cavinkare Ability Award.

Satish’s father says he started showing interest in art when he was just five years old. At first, he wanted to play with colours. By the age of six, he started drawing. What is so remarkable is that he did not receive any formal training in doing caricatures or paintings and is a total natural.

Anjan’s talent was recognised by the Kerala Cartoon Academy, which made him an honorary member. He was also named the icon of the academy in 2015, which is a first in the academy’s history.

Anjan also teaches computers and art at his former school. He has been teaching for eight years.

Anjan has won a national award for Outstanding Creative Adult with Disabilities from the Ministry of Social Justice and Empowerment. He has held exhibitions all India, including one at the Kerala High Court, making him the first artist to get such an honour.

ALSO READ: Narayan Ramakrishna uses his feet to paint the most amazing canvases