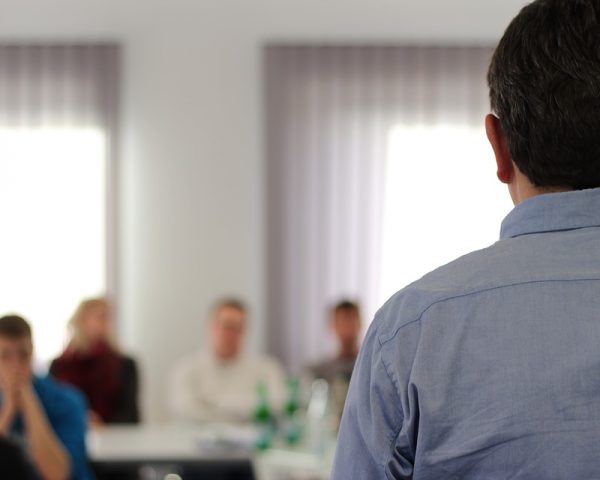 From the absence of ramps to lack of lifts, the poor accessibility facilities in government buildings in India’s Capital are too many to list. The official apathy is well known, with both the Delhi government and the Delhi Development Authority (DDA) failing to carry out disability audits, despite repeated orders from the courts.

An attitude change is called for among authorities, a change that disability rights activist Nipun Malhotra is trying to being about by holding training workshops with government officials at all levels to sensitise them towards the needs of the disabled.

It was Malhotra’s public interest litigation (PIL) on how inaccessible most public facilities in New Delhi are for disabled people, that led the Delhi High Court to intervene. The court asked him to organise these trainings with state government as well as municipal officials, across different grades and levels.

The Delhi High Court has asked us to conduct these accessibility training workshops for all government as well as civic officials. Attendance at these sessions is compulsory. In some places, you can see people are not so responsive, and they sit and back and leave after signing, so it’s a mix. Like, we got a fantastic response from the Delhi Jal Board – Nipun Malhotra, Co-founder, Nipman Foundation

The lack of accessible facilities had come in for some severe criticism from the Delhi High Court, which directed some of its strongest comments for senior level officials.

Among the agencies targeted was the East Delhi Municipal Corporation (EDMC), which had claimed in court that all the buildings in this had ramps and were therefore disabled-friendly.

As it turned out, when Malhotra and his team visited the venue for a training workshop with EDMC officials, the venue was on the first floor of a building without a lift! An incident that shows just how far a distance we need to travel when it comes to changing attitudes towards disability in India.

In our training sessions, we focus on three things – Attitude, Accessibility and Affordability. The challenges are many. For instance, the police are a little more sensitive towards people with mobility challenges, but they did not know that a helpline is of no use to a deaf person. They need to call a sign language expert to speak to someone who is deaf. This was also true for senior police officials who did not realise the hassles faced by people who are deaf or those with locomotor disabilities. Even engineers did not realise the need for disabled-friendly ramps – Nipun Malhotra, Co-founder, Nipman Foundation

The workshops focus on making the audience aware about accessibility by making them experience the challenges themselves. Like making them sit on a wheelchair, or wear a blindfold, to name just a few. The aim is to make the officials realise the challenge people with disabilities face every day in India to access facilities many take for granted.

It was an eye opening experience for the participants. As government officials, they could not speak on record, but the enthusiasm was evident when they spoke to Newz Hook.

A senior NDMC official said he had no idea what tactile bars were or that a ramp should be built in a specific manner to make it accessible for disabled people.

No one had complied with the accessibility guidelines before we had no clue. We had no idea where the railings should be placed or that the reception counter should be of a certain height. These workshops should be held often so people understand properly. Also, our teams change so it is important to keep updating everyone. We have done a disability audit of the buildings and now we will get an estimate and make the changes. – Anonymous NDMC official

With the pressure coming in strong from the court, and this sustained awareness training, hopefully a change will come.

ALSO READ:
Supreme Court says yes to hydraulic lifts on standard floor buses, but only as an interim measure