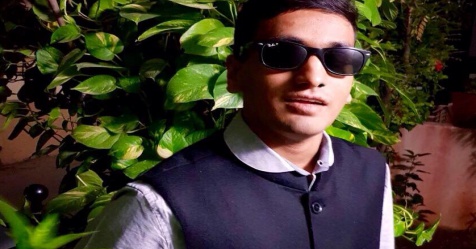 India’s Darpan Inani has made a terrific comeback in the world of blind chess! Darpan, who had stopped taking part in competitive chess for nearly two years, has become India’s highest-rated visually impairedchess player.

Inani, who is completely blind, is the only Indian to win an international prize at the Creon Open Chess tournament in France. He got this award after he increased 30 ELO rating points in a single tournament. His rating has improved to 2015.

What is remarkable about Inani is his attitude. He has always challenged himself and achieved such a solid rating after competing in mostly sighted championships.

Along with this, he continued to pursue chartered accountancy. He does not have any regular sponsor or coach so this is entirely the result of his diligence and commitment.

In May 2018, Inani also assisted Project Checkmate, which is an initiative to spread blind chess in India. He created a video just for this project and its students, a sign of how much he loves the game.

Darpan’s aim is to become India’s first 100% blind chess International Master. The world is waiting to see what this man from Vadodara in Gujarat does next.