Lack of hearing no barrier on the golf course for Diksha Dagar, India’s top amateur player 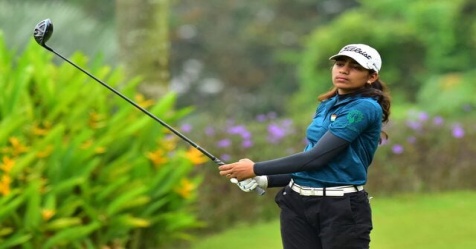 Unlike other golfers, Diksha Dagar cannot judge how well her shot is by the sound of the golf club hitting the ball. This is because she is profound deaf, and relies mostly on lip-reading, and sign language.

That has not come in the way of this 17-year-old holding the rank of number one woman amateur golfer in India for three years in a row! Her coach says she has strong chances of winning a medal in the Asian Para Games in Jakarta as well.

In her last event, Malaysian Ladies Amateur Championship, Diksha finished third. This was soon after she won the title at the World Deaf Golf Championship in Ireland. The person who finished second was a good 26 points behind Diksha.

In 2017, she won her first Women’s Pro Golf Tour title and she won a silver in the Deaflympics in Turkey in 2017.

Diksha says the course in Jakarta is long and a narrow one and there will be many bunkers in every hole. But she is confident of playing well there This teenager’s confidence is something we can all learn from!

Apart from golf, Diksha is also good at tennis, swimming and athletics. Her parents have had a major role to play in her career on the golf course.