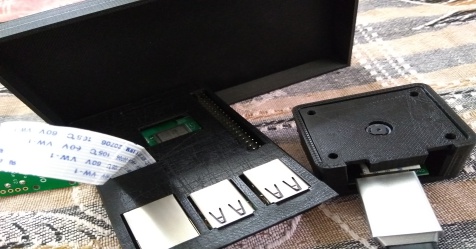 It was a chance encounter with a visually impaired person at a rural hospital in India that led Achintya Kumar, an undergraduate research student at the University of Massachusetts, Amherst, in the United States, to start working on Darsana, which acts as a virtual assistant for people who are blind and visually impaired.

Kumar, who was 17 years old at the time, was research testing a device called iSight that corrected the vision of people with visual impairment.

I got a lot of patients, suffering from different visual impairments. That’s when I got Ram, I still remember his name because meeting him influenced me a lot. Ram was a middle-aged manwho had recently turned blind, and did not know he was blind. Within a minute I knew there was nothing my device could do for him, and so I turnedto the doctor asking him what he has for him, and the doctor replied
“rehabilitation.” That’s when it struck me because I was shocked to see how little technology was being utilized to help the people that really needed it. – Achintya Kumar, Co-founder, Darsana

That, and the more personal experience of watching his grandmother lose her eyesight led Achintya to look at using artificial intelligence to create a device that allows users to ‘see’ through it by mapping the environment and communicating the objects in the surrounding space.

Working full-time with Achintya to create Darsana are Dhruv Khurana, the development head, and Rohan Teja, who handles the business side of the project. Mentoring them are experts from the field of engineering and medicine.

Darsana has been tested on blind people in a hospital in India as well as the Perkins School for the Blind. The team says the feedback was very encouraging, with some people describing the device with the maps built it as the ideal solution.

Our device uses artificial intelligence to identify, locate and describe what is in front of the user, as well as how far away it is. It also has a reading mode which can read out any words or sentences, printed or on screens. It can provide you with navigation data indoors too. It can also identify people and their emotions, currency and even grocery products. – Achintya Kumar, Co-founder, Darsana

Darsana comes with Google Assistant built in so the user gets all the functionality of the Google Search engine. So far the language of communication is English, but the team is nearly ready with a version in Hindi.

The software is built upon a convolutional neural network, so the device is able to learn and teach itself. Which means, it gets faster and more accurate with more use. This would be very useful when we have more users. Our hardware has a neural network built in which can process images hundred times faster than usual midrange CPUs. – Achintya Kumar, Co-founder, Darsana

Like is the case with most hardware devices, the Darsana team is looking for funds for research and development as well as to manufacture the devices. At the moment the device cost is a little high, something the makers hope to address with partnerships for bulk orders.

Since this product requires hardware, we need money for experimentation, R&D, as well as manufacturing in the later phases. The other thing we’re really looking for is resources. Be it a sponsorship, contacts, or a platform, we want to get our name out there so people know we’re working on this. That would not only get us recognition but get us the approval we need. Of course, we would welcome any help that we get to accelerate the process but our core needs are those two – Dhruv Khurana, Co-founder, Darsana

Achnitya and his team won the Idea Jams at the University of Massachusetts, an initiative where entrepreneurs come forward and pitch interesting innovative ideas. They were also finalists in the Innovation Challenge, which is an entrepreneurship competition that launches promising ventures to their next level of start-up.

For Achintya and his team, getting to this point has been about facing challenges that were more emotional than technical.

Every time I have gone to engineers, technicians, professors or doctors in India for help, most asked me why I was doing this. While most complemented me for my effort, they always said it was not my place to do this; that I was too young and I should get a degree and a job and then think about something else. I would say I have missed out on more opportunities because of the age discrimination I’ve faced rather than because of lack of experience or knowledge. This is something I haven’t seen happen in the United States (where I study). If India actually wants to foster innovation, grow on the start-up boom and stop being a service economy, we as a society need to stop telling our children that they cannot innovate. – Achintya Kumar, Co-founder, Darsana