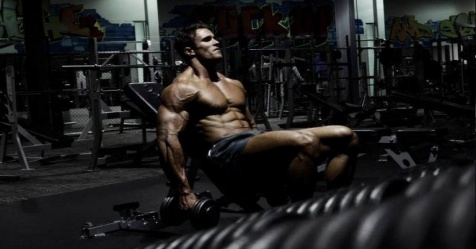 Rajesh John is a living, walking example of how nothing is impossible for someone with a disability. This young bodybuilder from Kerala, who lost his leg as a child due to medical negligence, is all set to make India proud for the second time.

John, who wears a caliper in one leg, won the Mr World Title in the 2016 Body Building Championship (Physically Challenged category) organised by the World Fitness Federation in 2016, is all set to represent India once again in this prestigious event.

What is the secret of his success? The fact that he never felt he had a disability, thanks to the constant support he received from people around him, like family and friends.

This attitude has sustained itself through many setbacks. Even though he won the world title in 2016 in a competition where over 30 countries participated, John could not find a sponsor when he won the selection in 2017. This year, his friend is helping him meet the costs of taking part.

The competition will be held in California in the United States on 3 and 4 November this year. The tile will be won by the man who shows both outstanding muscles and attitude.

John, who was always passionate about bodybuilding, hopes to create more awareness about health by holding sessions. He now owns a gym in Kochi, where ironically many of his clients are people who would once tease him about working out with a disability.

John says he coped with such comments thanks to the faith shown in him by his mother as well as God. He says:

I believe the disability has instilled a strong drive and willpower in my life. With beautiful people around me, I could work and create a mark of my own – Rajesh John, Mr World 2016

Like John, many bodybuilders from India are making their mark on the world stage. Like Anand Arnold from Punjab, who is famous as India’s first wheelchair bodybuilder. Arnold was paralysed after he was diagnosed with cancer in the lower spinal cord. The surgery that followed left him paralysed from the waist down.

Arnold has 27 titles to his name! He has been crowned Mr India three times, Mr Punjab 12 times, and has many other titles to his name. The secret to his success is loads of patience, hard work and a never-say-die spirit.

Training on a wheelchair is not easy at all. For the average person it takes several weeks, at times even several months, to get ready for a competition. But it takes me at least a year. But I am a warrior and I will fight till the end. – Anand Arnold, India’s first wheelchair bodybuilder

Inspiring stories of people who are challenging the stereotypes about disability in every way!