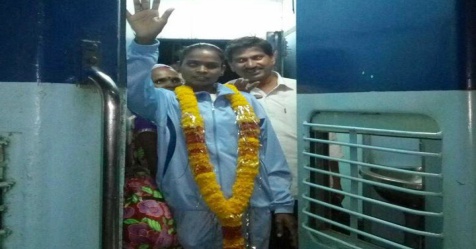 From a shy teenager who barely spoke a word to a young leader in her village, blind judoka Janki Goud is raising the bar not just for women but also with people with disabilities.

Janki was barely 15 when a team of Sightsavers, an organization working to prevent avoidable blindness and NGO Tarun Sanskar visited her village in Madhya Pradesh to offer classes in self defence and judo. Madhya Pradesh reports among the highest crimes against women in India, and girls and women with disabilities are even more vulnerable to sexual violence.

Janki, who lost her vision at the age of five after a measles attack, suffered from lack of confidence and had dropped out of school. Judo changed her life. She started training seriously from 2014 and got noticed.
She won silver and gold medals in the 2016 and 2017 National Judo Championship for Deaf & Blind. She was national blind judo champion in 2017.

Janki then went on to represent India at the Judo Asian & Oceania Championship in Uzbekistan in 2017. She beat participants from Thailand, Korea and Uzbekistan and won a bronze for India.
She was also part of the Madhya Pradesh team that lifted the championship trophy at the sixth National Deaf and Blind Judo Championship in Lucknow this year.

Today Janki has become a young leader in her village, training many young judokas under her wing. Speaking to a news website, she reflected upon the transformation she has seen around her in such a short span of time:

As a daughter of a daily wager, no one thought I could do anything. Since I won medals I have gained respect and recognition. Besides visually impaired girls, even those who have no problems with their eyesight want to learn judo from me. I am very happy that I led the Indian team to victory in Uzbekistan, which not only made my parents and village proud, but also my country – Janki Goud, Blind Judoka

Her achievements have got her noticed by local authorities who want to start a judo academy to train blind girls. Even the Madhya Pradesh Chief Minister, Shivraj Singh Chouhan congratulated her on the phone after her wins. Three others states, including Chhattisgarh plan to start academies to train blind and visually impaired girls in judo.

As for this young woman, she has her sights firmly set on the next goal. Winning gold for India at the 2020 Paralympics Judo competition.