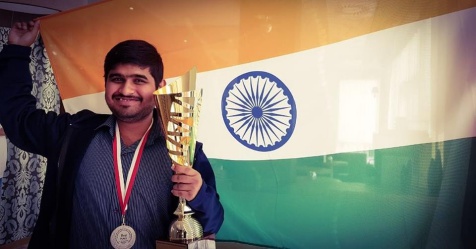 It is a proud moment for Indian chess. Soundarya Pradhan has gone into the record books by winning the silver medal at the World Junior for Blind and Visually Impaired 2018. The event was held in Poland from 14 to 23 August 2018.

18-year-old Soundarya, who is from Odisha, is an achiever in every sense of the word. Though he is 100% blind from birth, she is an accomplished chess player as well as good at academics.

He is a rank holder at the National Institute of Technology (NIT) in Jamshedpur, where he currently studies.

His brother, Prachaurya, is also an accomplished chess player. In fact it was his brother who first taught Soundarya the little steps that can help win a game. Soundarya also gives credit to his family and his school for giving him the necessary support to pursue the game.