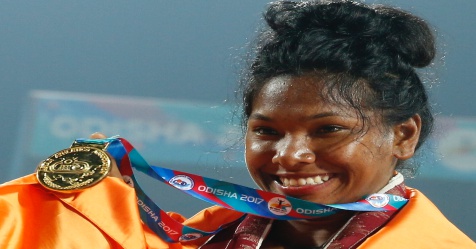 Swapna Barman has won India’s hearts after winning gold at the Asian Games this year. Everyone is amazed by her remarkable achievement, especially given that she went through such excruciating pain to get this far.

21-year-old Swapna had spoken after win about the agony she suffered in the 800m run due to the fact that she has six toes in each foot. The rare deformity had caused her intense pain at every step.

Now a Chennai-based company has come forward to help her. Touched to hear of her suffering, Sudhanshu Mani of Integral Coach Factory has said he will help her.

Barman needs four different pairs of shoes for the heptathlon’s seven events. Mani is in touch with show company Nike to design customised shoes for her. His company will bear the cost.

Barman comes from a poor family in West Bengal and her story has moved all of India.

Her father, who is a rickshaw-puller, has been bedridden for months after he had a stroke. Her mother had to leave her job as a tea garden worker too look after him.

A video of the family watching Barman’s gold-winning achievement on TV has become a social media sensation in India.