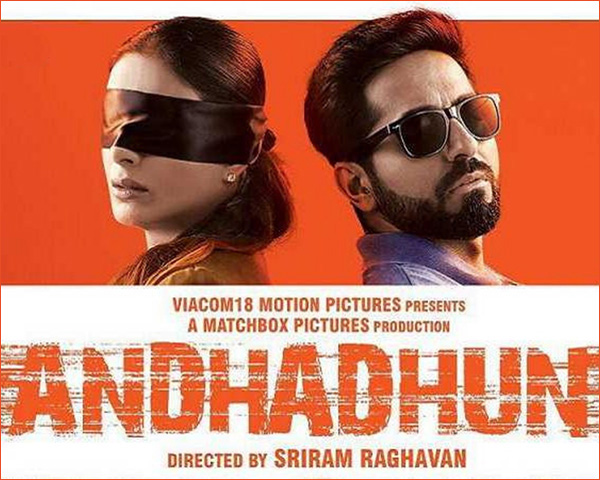 Called Andha Dhun, it stars Khurrana as a blind pianist, who is very skilled at his job. The trailer opens with a voiceover that talks about how everyone is aware of the kind of problems visually-impaired people face, but they know little about the benefits.

Radhika Apte plays the romantic lead while Tabu is introduced in a crucial role. Khurrana becomes the prime suspect in a murder an dhis life changes. Dis he really commit the crime? That is what the thriller talks about.

Andha Dhun was earlier titled Shoot the Piano Player but this was changed as Raghavan did not want an English title. Khurrana has undergone rigorous training for his role, says Raghavan.

Ayushmann is a musician himself but he trained rigorously and that worked in our favour as we didn’t have to hire a body double for the finger shots on the piano or even use any kind of VFX. – Sriram Raghavan, Filmmaker

The film is set in Pune where the director spent many years studying. Andha Dhun will release in cinemas on 5 October.