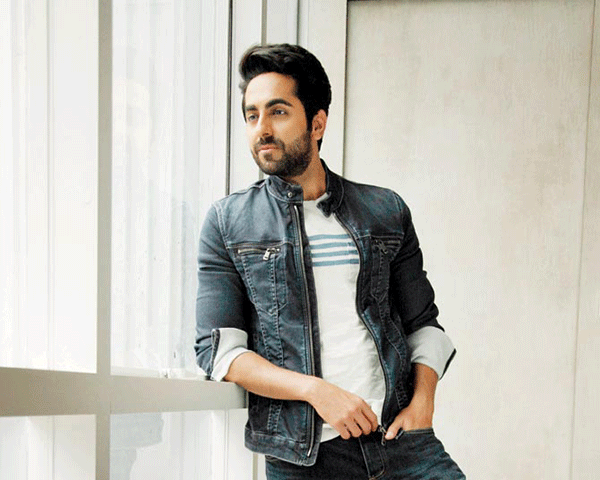 Playing a blind character was a challenge for actor Ayushmann Khurrana, who has never played the part of a disabled character before. In Khurrana’s upcoming film Andha Dhun, directed by Sriram Raghavan, he plays a blind pianist.

To prepare for the part, Khurrana went to a blind school regularly for three months. In a statement he said he was determined to look “100% genuine” as he did not want to let down his director.

In a statement to the media at the launch of the trailer, Khurrana said, “I went to a blind school to observe body language, mannerisms, reactions and nuances. Today, when I’m seeing the love that the audience is pouring for the trailer and my character, I feel glad that I put myself through this drill. It was tough and rigorous and needed all the attention in the world to pick such tricky nuances but acting is as much talent as it is attention to detail”.

Andha Dhun, which also stars Tabu and Radhika Apte, is a thriller. It’s also in a long line of Hindi films to throw a lens on people with disabilities. Most recent was Hitchki starring Rani Mukherji, where she plays a teacher with Tourette’s syndrome.

All welcome steps, but when will we see an actor with a disability play such characters instead of able bodied people asks Vinayana Khurana, a student and blogger with cerebral palsy is asking.

I am happy as this is the first step in creating awareness. But we need to bring people with disabilities on screen to act in their way because the main motive for the production of a movie on the life of person with a disability is empathy in the hearts of the audience. This motive would be fulfilled completely, when there will be a person with a disability playing the role. – Vinayana Khurana, Student & blogger

Amar Jain, a visually impaired corporate lawyer, believes it is high time that the Hindi film industry looked at people with disabilities from a glamour perspective.

“I know of many good looking people on wheelchairs who did not get a chance because producers and directors found it hard to imagine that disabled people could play such characters. That is a change we have to make.”

However, Jain says its not just actors that need a relook, but films as well.”Years ago there was a film called Sparsh, which did a realistic portrayal of someone with a visual impairment. But most of the recent ones like Aankhen or Kaabil do not give a realistic depiction of someone with a disability. Perhaps we need to look at creating our own platform.”

Something for our mainstream film industry to introspect on.