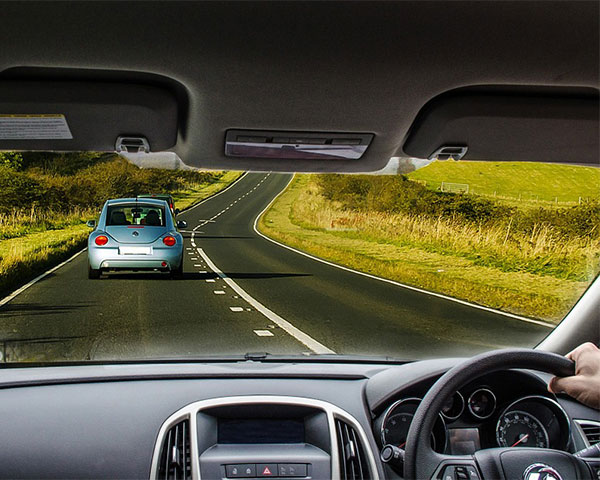 “Come back for a driving license when your hearing improves”.

This is what Athish Nagarajan, a 30-year-old Chennai youth, was told by inspectors at the Road Transport Office (RTO) in Thiruvanmiyur in Chennai when he applied for a Learner’s License.

Athish, who is born deaf, has 80-90% hearing loss in both ears and uses a hearing aid. His brother, Durgaprasadh, who accompanied him to the RTO, says he had all the documents required, including a medical certificate that he was fit to drive.

Durgaprasadh says that instead of being tested for hearing different sounds, the inspector stood behind Athish and asked him questions about his family.

The inspector asked questions, like ‘what is your name, your father’s name’, from behind my brother. He can hear sounds, but is unable to respond to speech or recognize speech patterns. He lip reads, but since he had his back turned, all he could do was acknowledge hearing a sound. The inspector denied the application citing ‘ear defects’. – Durgaprasadh, Engineer

In November 2016, the Union Road Transport Ministry ruled that people with hearing disabilities are eligible to drive if use a hearing aid and get a medical test.

This was after the All India Institute of Medical Sciences (AIIMS) told the Ministry – “Driving is primarily a visual function. If a person is rehabilitated with hearing amplification (hearing aid or cochlear implant) and can hear reasonably” with the device, “there seems little reason to deprive him or her” of a driving licence.

The AIIMS report had said that a car driven by a hard of hearing person should have a sign on the rear windshield informing of the driver’s disability. Applicants should also be put through a driving test under actual road conditions.

Following this report, the Ministry of Roads and Highways sent circulars to the state governments.

When Athish’s brother raised this point, they were directed to a senior officer who conducted a sound test on him by clapping behind him many times. A test that Athish passed.

But his ordeal did not end there. Once again, he was asked questions by the inspector who stood behind and his application was rejected.

Durgaprasadh says he had to face comments like – ‘Why do you want a driver’s license for a deaf person? There are safety concerns for the applicant and others on the road”. They also told him his brother should hire a driver instead.

Clearly, despite the Centre’s order, the message has not gone down to the states. Among the handful to respond proactively has been Telangana, where cars driven by a person with a hearing disability have been assigned a specific logo that says – ‘Driver is deaf – Please watch out’.

But as this Chennai instance shows, discrimination towards people with disabilities at RTOs remains a problem. Part of the reason for this, say experts, is the lack of awareness.

“The problem is that there is no clarity down the line”, says Ferdinand Rodericks , Founder, Ferro Equip, who has over 30 years’ experience in modifying vehicles for people with disabilities. “There is a need to create awareness with every RTO and ensure the new guidelines are followed. “

Rodericks also disagrees with the idea of putting a sticker that says ‘driver is deaf or disabled’.

“You should just have a sticker that is recognised by everyone. There is an international standard of an 80mm by 80mm sticker that conveys the information that the driver is disabled. That is enough. Nowhere in the Motor Vehicles Act does it say that one has to write all these details. All one has to do is make sure this becomes a part of the roadside language so that everyone understands.”

Prajith Jaipal from Calicut, who is a seasoned driver with experience driving across India in a modified car, agrees that awareness and sensitization is key.

“The problem is that there is no training given to the authorities regarding the guidelines for disabled drivers. In my case, that made all the difference. At the RTO Calicut, when I went for my license, the staff was very helpful. The official there, Mr Paulson, even told his team that I should be able to drive the next day’.

That is the attitude that needs to become the norm, so that people like Athish can go home with a license and a sense of empowerment.