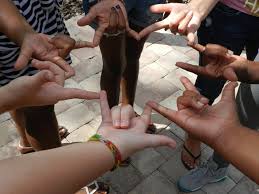 The case will come up on 10 December this year. If recognised, ISL will become the 23rd official language of India.

The petition to make ISL official was moved two weeks ago by leading disability rights activist Nipun Malhotra. Malhotra said that recognizing ISL is critical given that India’s deaf community makes up 38% of the country’s disabled population.

I have a lot of deaf friends and what I have come to realise is that there is a unique deaf culture. There is a deaf person in my office and I noticed how he would animatedly communicate with his wife everyday during lunch break. I realized how much he longs to communicate, but has no one to do that with at work. ISL gives an identity to the deaf community and is the only language they have so why not give it due recognition? – Nipun Malhotra, Disability rights activist

Being listed as an official language will mean that ISL will be used to conduct important examinations like the UPSC, among many others. Malhotra says official recognition is even more important when one looks at the fact that this is an invisible disability. “Unlike others who are bilingual, this is the only language that the deaf community uses.”

While this is still early stages, the fact that the petition has been admitted is a big moment, say experts.

“Recognizing ISL is very important for inclusion of disabled people”, said Sumedha Joglekar, Director, Vaani Deaf Children Foundation. “Everything cannot be just oral when we have thousands of deaf people around us. Once this language is recognized by law, deaf people can participate in many activities along with others who have no disabilities.”

The struggle to get to this point has been a long one. For over 10 years now, many organizations have been seeking legal recognition of ISL. In 2016, Infosys co-founder N R Narayana Murthy had signed a petition urging the government to recognise ISL as an official language.

The petition could not have been timed better, points out Vaishnavi Jayakumar, Member, Disability Rights Alliance.

“Legal recognition of ISL has been a request of the disability community for over a decade, and is particularly timely now with the setting up of the Indian Sign Language Research and Training Centre(!SLRTC) and the release of the official sign language dictionary.”

Many countries like Ireland, New Zealand, Mexico, to name just a few have granted sign language legal status. Will India join them? 10 December will tell us.

ALSO READ: Proposal to include Indian Sign Language, Braille as language choice gets a thumbs up!