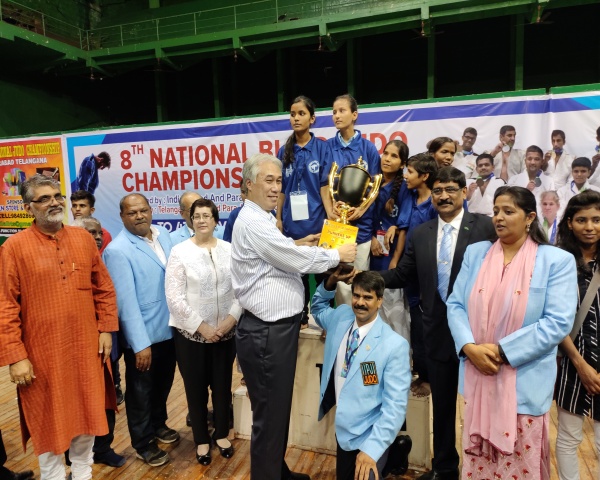 Four hundred and fifty blind judokas from 20 states took part in the Eight National Blind Judo Championships that were held in Telangana this week. Nagaland made its presence felt for the first time and the rising popularity of judo among the visually impaired community is a sign that India’s blind judokas are a force to reckon with.

Uttar Pradesh with 67 judokas had the largest strength at the championship which had a pan India presence with blind judokas from Tamil Nadu, West Bengal, Gujarat, Punjab, among the states taking part. Nagaland sent its judokas for the first time ever, a sign of the growing popularity of judo among India’s visually impaired youth.

The response has been great and to have so many participants in the eight edition is a good sign. It shows that judo is becoming popular in the blind community. The participation of Nagaland shows that more states are getting interested and more members of the blind community are becoming aware and interested in judo. – Munawar Anzar, General Secretary, Indian Blind and Para Judo Association

This is what the final tally looked like at the end of the championship.

The turnout is especially encouraging given the poor support blind judo gets from most states. “Only some states like Haryana, Chhattisgarh, Delhi and Tamil Nadu are supporting the blind judokas”, adds Anzar. The Indian Blind and Para Judo Association is trying to promote blind judo in states that are active in regular judo. “We look at states that have good experience in regular judo and we ask them to look for interested players in the blind schools. We are providing facilities in those schools and support the coaches with allowance for travel, etc.”.

India’s visually impaired judokas are gradually making their presence felt internationally as well. Recently they made a clean sweep at the 16th edition of the Commonwealth Judo Championships held in the United Kingdom winning seven gold medals.

“We have girls as young as 10 taking part”, said Aaesha Munawar, Joint Secretary of the national association. “We want to make their parents proud and help the judokas improve their levels”. The association hopes to send a team to the 2020 Paralympics and all efforts are currently geared towards that.