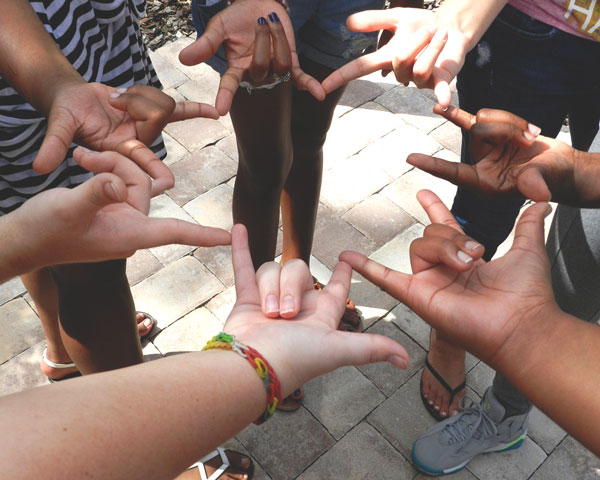 Indian Sign language is getting a lot of attention. First, a petition was filed to make it an official language and now the Minister of State for Social Justice and Empowerment, Krishan Pal Singh Gurjar has promised to work towards making this happen.

Gurjar was responding to a demand from A S Narayanan, President, National Association of Deaf, who had asked that ISL be given official status.

Gurjar has promised to write to Union Home Minister Rajnath Singh in this regard.

While speaking at an event organized to celebrate the first International Day of Sign Languages, the minister spoke about the importance of sign language.

He said, “Sign language is a language of education, livelihood and integration for the hearing and speech impaired in society. “

National data from the 2011 census states that there are more than 50 lakh deaf people in India, Steps are being taken to ensure they are not left out say government authorities.

I have written to all central ministries and departments asking them to appoint a sign language interpreter for all official programmes so that no one is excluded because of lack of access to communication. – Shakuntala D Gamlin, Secretary, Department of Empowerment of PwD

Lack of enough sign language interpreters is also a major issue, say officials. The Indian Sign Language Research and Training Centre was started in 2015 with the idea of creating a pool of people trained in sign languages. Officials hope to send students here to volunteer and become interpreters.

There is work underway to add add new words to the Indian Sign Language Dictionary that was released in March 2018. Presently the dictionary has 3,000 words and another 3,000 new words are expected to be added by March 2019.

The dictionary contains subtitled videos that cover sign language words from various categories such as legal, academic, medical and technical.