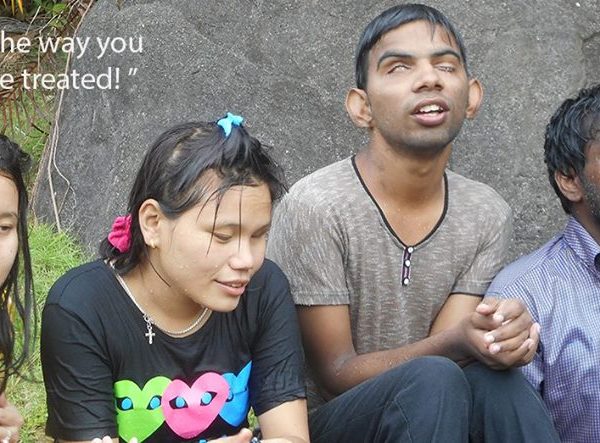 From paying for his milk supplies to booking flight tickets, the PayTM app is a go-to resource for well-known disability rights activist George Abraham.

PayTM is a digital payments platform that allows users to transfer cash into the integrated wallet via online banking, debit cards, credit cards, and by depositing cash through select banks and partners. This way it claims all users can comfortably buy a number of goods without cash.

Well, not all, at least not any longer.

According to Abraham, who is the CEO of Score Foundation, and founder of the World Blind Cricket Council PayTM has become inaccessible to blind and visually impaired users over time.

It was by and large accessible. I could very comfortably transact using it on Android and iOS. But of late when I add a new payee, I find there are no distinct buttons for ‘pay’ or ‘passbook.’ It is a bit of a hit-and-try now. Each time there is a new version, it becomes that much harder to cope with. – George Abraham, Disability rights activist

Abraham’s experience with PayTM has thrown the spotlight on a larger problem – the inaccessibility of most government websites for people with visual disabilities. One that the responses to his PayTM story underline.

From banking to paying for electricity online, or train tickets, the experience for many people is frustrating.

Among them is Bharat Mali, who points out that “the old version of the IRCTC website was fully accessible, but the new interface starts problems from the login screen”.

Abraham, who now needs sighted assistance to pay for his electricity bills online, says these are signs of how slow the progress under the Accessible India campaign has been.

“There was a big noise made about the campaign but nothing to be really seen. Just people complaining about things. I believe it is time to write an obituary for the program. Earlier, there were many banking websites that used to be accessible. Like that of Union Bank of India. But in June this year they came up with a new website, which is inaccessible. This leads me to believe they got it right the first time by fluke!”

The problem, Abraham believes, lies in the fact that people with disabilities are not seen as digital stakeholders. This is despite a national policy on electronic accessibility drafted as far back as 2009, which said websites must be user friendly regardless of ability.

In recent months, many disability rights groups have knocked on the doors of the courts for help. Recently, after one such plea, the Bombay High Court issued a directive to the Maharashtra government to make all its websites disabled-friendly.

Newz Hook’s attempts to reach out to PayTM CEO Vijay Shekhar Sharma went unanswered. Abraham, in the meantime, plans to complain to Sharma.

Looks like here too, a court intervention may be needed.