My name is…what’s in a name!? I am made for fame! – Guest Column by Anupama Bakhshi, Autism Parent 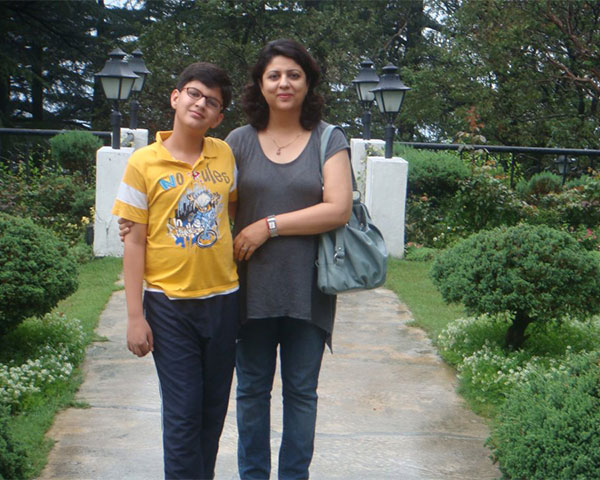 In our weekly guest column, Anupama Bakshi, parent to a teenager with autism, gives us plenty of think about when she reflects on the portrayal of people with disabilities in the mainstream film industry.

I begin with almost a disclaimer. This is more of an autism mom’s rambling and less of a critique of the great Indian cinema which, with its psychedelic, larger than life canvasses, is quite a savior and a happy three-hour escape from the humdrum realities of life.

Paradoxically, it carries on its shoulders the onus of reflecting the charisma, the underbelly and the juxtaposition of milieu that define us. Now here is the crux. It has certainly come of age while projecting the myriad manifestations of ‘love’, the social labyrinths, and the economic disparities. But neurodiversity? We have movies that reflect it, especially autism, but the treatment is tokenistic. Dip the plot in a rollercoaster of melodrama and throw in a savior and voila! We can live happily ever after!

While the world whirls to the neuro-typical beats, autism caregivers live the life of challenges and grit, therapy shopping, and running from pillar to post. They know sleepless nights of ”What after me…” and celebrate the smallest achievements. There are parents who work in tandem, siblings who become the other parent because one of them failed to rise to the occasion, single parents who work with fortitude, and extended families who sometimes support, but largely exclude the special family. No alien with supernatural powers ever appears and no love interest walks in with a whiff of romance to fix things. We know we don’t, necessarily, have a savant ‘Rainman’ at home if there is autism.

Why don’t we see these real family sagas? It would be reinforcing, enlightening and close to truth! Why are such vignettes only from western cinema and soaps and not from closer home? Why is it that our knowledgeable sounding cine stars, prone to giving wise sound bites, claim that they ‘observed’ people with autism and yet manage bizarre portrayals? Did someone not tell them it’s a spectrum disorder and instead of exaggerated representation of mannerisms, what is required is what goes behind? We reserve the right to feel let down.

One in 68 children has autism. Sesame Street‘s Julia helped bring in early acceptance, especially for the less visible girls on the spectrum. We need her Indian counterpart in the juggernaut of Indian soaps. We need Atypical‘s Sam, with real issues. Even though a mainstreamed high schooler, he struggles with relationships. So how do his Indian cinema counterparts manage a devoted love interest? ”Willing suspension of disbelief” is almost a precondition to the cinema viewer but can there be an exception as awareness is as important as visibility?

We would love the stakeholder community to prove their credibility to our autism representatives in cinema. Not have them seek precedents to prove it (My name is Khan). Acceptance and mainstreaming of the community need to be reflected. And dear Indian cinema and Indian soaps, can they please play themselves? We promise they will do a good job!