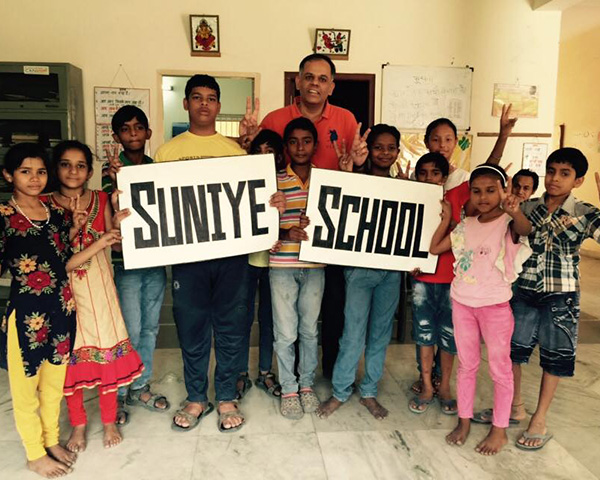 The difficulties that people with disabilities in Delhi face when it comes to commuting is under focus once again.

This is after Vijay Krishnamani, who has 100% hearing loss, shared a Facebook post about the insensitivity shown towards him by an Uber driver. Krishnamani, who works with Tata Consultancy Services in Singapore, was in Delhi for some work and booked an Uber cab. His booking was accepted, and he proceeded to the pick-up point.

As per the app, I could see that the car was perhaps 100 metres from where I was and was waiting for it. After 10 minutes when I saw the car hadn’t moved from that spot, I started walking towards where the car’s location was showing. Shortly before I reached the car, I got a call from the driver which I found very difficult to take since I have profound hearing loss and do not know Hindi (only English). – Vijay Krishnamani

Upon reaching the cab, Krishnamani says he saw a second person sitting with the driver whom he requested to exit the cab. After this exited with reluctance, Krishnamani entered the cab and identified himself, at which point the driver got out and walked away. Seconds later, he got a ‘Driver has cancelled the ride’ message from the Uber app.

What was worse, when he tried to book a cab again, he was charged a cancellation fee although he was not the one to cancel the trip.

In response to Krishnamani’s complaint, Uber responded by saying they had cancelled the driver’s access to the app. What they have not responded to are the larger issues he has raised.

One, the lack of sensitized staff and two, the inaccessibility of the Uber app due to the lack of an in-app chat feature or the ability to send an SMS.

Krishnamani says, “There is no provision for hearing impaired people to SMS the driver or send a chat note to them. I use apps like Grab Taxi in Singapore where there are in-app chat features which are totally accessible. Such a feature must be included in the Uber India app.”

As Krishnamani, who is also the Committee Member of a nonprofit Suniye Support School for Hearing Impaired points out, this is in violation of the Rights of Persons with Disabilities (RPWD) Act 2016, which mandates that all services be accessible.

The strong reactions his post has evoked on social media from people in the disabled community highlights how daily commuting remains a nightmare in the national capital.

Among those to react was Arman Ali, Executive Director, National Centre for Promotion of Employment for Disabled People (NCPEDP). “Multinational Corporations like Uber wouldn’t dare treat disabled people like this in the West. But they get away scot-free in India because the law is not implemented in the true spirit and is only lip-service. Here, there should be a strong monitoring system to ensure disabled friendly services”.

Disability rights leader Dr Satendra Singh tweeted – “Uber must comply with the legal provisions of the state. Do you dare to treat deaf/wheelchair users like this in the US?”

Vinayana Khurana, a student at the Delhi University, shares Krishnamani’s views. She has stopped using public transport because of the issues she faces.

“As a woman with disability, I face a lot of challenges while commuting. I don’t really use a public transport because it is really crowded and i don’t think my wheelchair can enter such a crowded area. I prefer to use my own car, but I long to travel like every other citizen of the country.”

Unfortunate that this basic freedom is being denied to people with disabilities who constitute nearly 20% of India’s population.