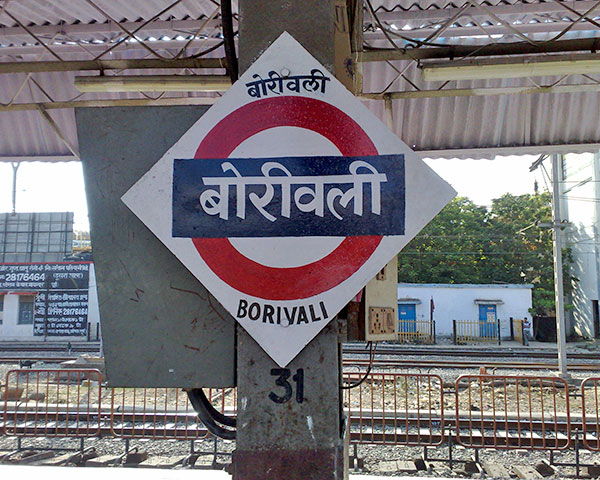 The busy Borivali station on the Mumbai suburban railway line acquired the tag of Maharashtra’s first blind-friendly station this week. So, what has the experience been like for visually impaired commuters? Newz Hook decided to do an on the spot inspection and find out.

The good news is that railway authorities have announced that this is just the first step towards making the station accessible for people with all kinds of disabilities. To begin with Braille-embossed railings have been put up all over the station. They can be found at the subways, the ticket counters, the exit and entry points, as well as the five foot overbridges. There are information booklets in Braille at ticket counters as well.

Steps strongly endorsed by Laxman Zore, who said he no longer had to ask other passengers for help.

Earlier I would have to ask four to five people before I got to the right platform. Sometimes people would even give the worn information, or some people would be in too great a rush to give the full information. Now that is not the case. – Laxman Zore, Bank employee

The Western Railway (WR) has installed the Braille embossed signage in partnership with NGO Anuprayas and travel company Cox and Kings.

“The aim is to make the railway station more accessible to people irrespective of their disabilities”, said Chief Public Relations Officer, WR Ravinder Bhakar. “The choice of Borivali station was strategic as it is used by outstation passengers as well as local commuters.”

This is not the first time WR has taken the initiative to make stations accessible, but as Dinesh Saraiya from the Blind Graduates Forum of India points out, these measures often fall short.

“Tactile tiles have been put at many stations but since the station staff is not aware of what they meant for, they have been taken over by hawkers and passengers”, says Saraiya. He adds that in many places the tiles have not been fixed properly either which makes it hard for people to walk over them.

“Similarly the beepers for handicapped passengers at Borivali station are placed near the fan switch. So if someone puts the fan switch off, the beeper switch goes off as well”, adds Saraiya.

As a regular user of the local trains, Vishal Kumar Jain, a Tata Motors employee who is visually impaired, welcomes these steps towards inclusion, but wants to see them done in a holistic manner.

“Such accessibility measures have been taken up in some stations but the problem is they are left incomplete. For instance, the guiding tiles are not put at all the platforms in these stations. Why should they be put on one platform and not all? Also, why build a ramp at one place and not everywhere else?”

Inputs WR authorities must keep in mind as they plan to make more stations on this line blind-friendly in the near future.