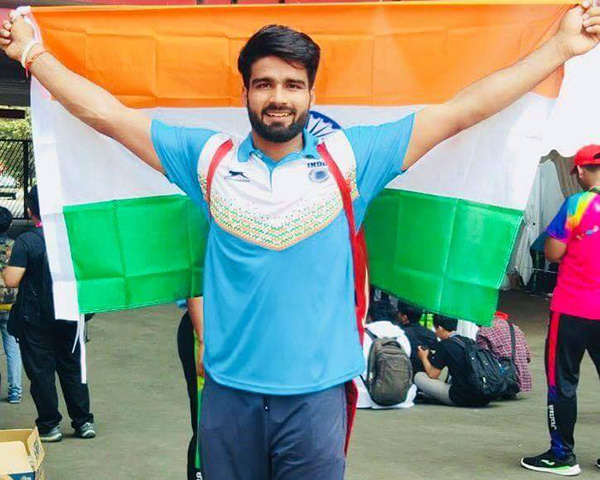 It’s been a great start for India at Asian Para Games in Jakarta, Indonesia. India won five medals on the first day itself.

Javelin thrower Sandeep Chaudhary clinched India’s first gold medal, finishing on top in the men’s F42-44/61-64 category. He won the top honours with a best throw of 60.01-m, which he managed in his third attempt.

Chaudhary’s disability falls in the F42-44/61-64 category, which relates to limb deficiency, leg length difference, impaired muscle power or impaired range of movement. He competes without a prosthesis.

It’s a matter of great pride that I am able to win the country’s first Gold medal at the 3rd Asian Para Games. The Games have been one of the toughest competitions and it has been tough for me too. However, this time, plenty of training plans along with various strategies were implemented to deliver a good performance. The role of my supporting staff has been tremendous and I am happy to see that all the hard work and efforts have been converted into a
medal. – Sandeep Chaudhary – Gold medalist

On Sunday, India opened its account with a bronze medal when the Men’s badminton team lost to Malaysia, 1-2 in the semifinals. Chirag Bherota lost to Mohammad Ahmad, 14-21, 17-21.

Indian shooters Manish Narwal and Singhraj Adhana won a silver and a bronze in the P4-Mixed 50M free Pistol.