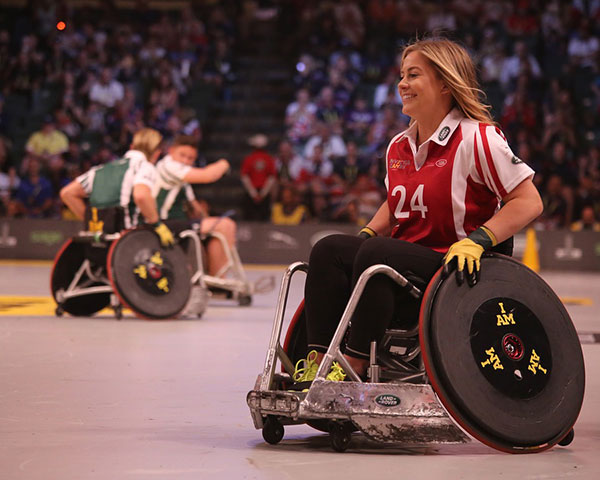 The Thailand Wheelchair Basketball Association is hosting the IWBF 2019 Asia Oceania Championship. This championship is crucial as it will decide the fate of teams from the Asia Oceania Zone that will qualify for the 2020 Paralympics in Tokyo, Japan.

Fifteen countries from the Asia Oceania region will be represented at the IWBF 2019 Asia Oceania Championships that is to be held in Pattaya, Thailand.

The Wheelchair Basketball tournament will be a grand event featuring fourteen men’s teams, eight women’s teams and will be held from 29 November till 7 December. This year has the largest number of women’s team participating making it the biggest ever women’s competition to happen at an Asia Oceania Championship.

We are very pleased to be able to boast another growth in teams at this year’s championships. The zone has put a lot of effort in recent times towards expanding the game in the region by running women’s development camps and also by supporting the workforce in these countries with various coaching, referee and classifier clinics, and the hard work is paying off.- Don Perriman, Secretary General IWBF Asia Oceania Zone

This year the championship will follow a new format of creating two divisions of teams-A and B. For the men’s teams, Australia, Iran, Japan, Korea, Chinaand Thailand, are the top six teams and will play in the A Division.

Afghanistan, Chinese Taipei, India, Indonesia, Iraq, Malaysia, the Philippines, and Saudi Arabia will play in Division B as part of two separate pools. The matches played amongst these teams will decide the top two teams in Division B.

The top two teams from Division B will then become the 7 and 8 ranked teams in Division A. The eight top teams will then play the quarter-finals pairings, while teams that are ranked 9 to 14 will play matches to decide their respective rankings.

A similar format will be followed for the women teams as well, where Australia, China and Japan will play for top three rankings in Division A. while Afghanistan, Cambodia, India, Iran and Thailand will play in Division B and the team that ranks at four be added to A division for the semi-final pairings.