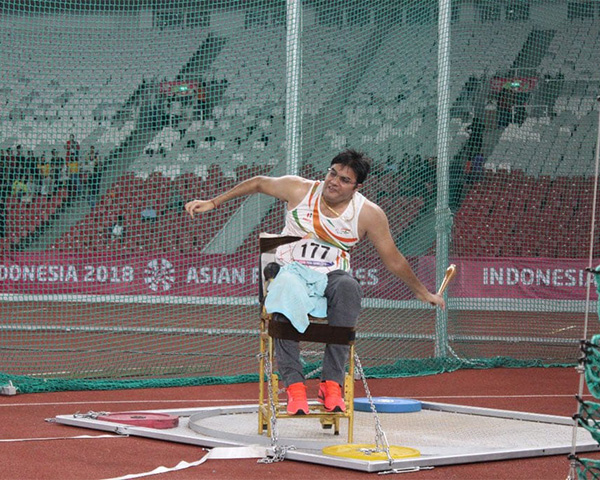 A proud day for India with the country recording its best-ever showing at the Asian Para Games. The games ended on Saturday with India placed ninth in the overall tally with a total of 72 podium finishes.

Athletes in the SL3 category generally have impairment in one or both lower limbs and poor walking or running balance.

The SL4 class athletes have a lesser impairment compared to SL 3 and play full-court. Players with impairment in one or both lower limbs, unilateral polio or mild cerebral palsy fall in SL4 category.

Saroha’s achievements won him much praise on social media from fellow sportspersons.

Also a big moment for Paralympian Deepa Malilk, who won two bronze medals, for discus throw and javelin, at the Games. Wins that she dedicated to her father in an emotional tribute.

“I’m happy. It’s special for me. I dedicate this to my father’s memory. Both my medals are special. Proud that I won this for my nation. Thankful to Target Olympic Podium Scheme&Paralympic Committee of India.”

Truly exceptional achievements given the tremendous odds these champions have grappled with.