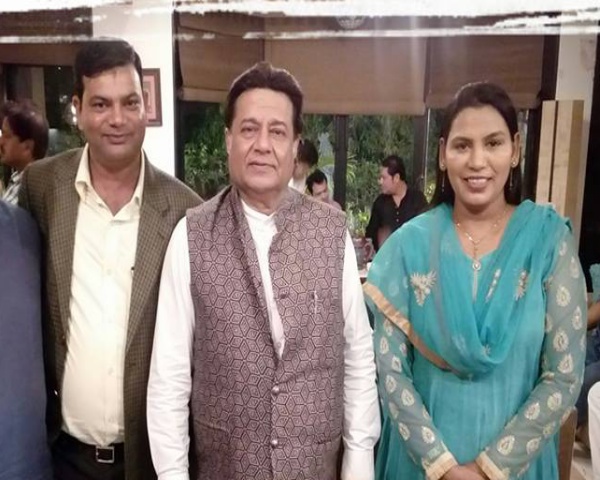 In 2007, Rohit Kumar was returning to Lucknow from Delhi by train when a chance encounter changed his life.

Rohit was reading a book of poems by Gopaldas ‘Neeraj’, also well known for composing popular Hindi film songs like ‘likhe jo khat tujhe‘ when the daughter of a blind co-passenger asked if she could borrow it.

She went on to read out all the poems to her father, who later told me how he wished someone would translate meaningful works in Hindi and Urdu into Braille, so that visually impaired people could enjoy them too, independently. That set me thinking. – Rohit Kumar ‘Meet’

Since then, Kumar, who is a published poet under the pen name ‘Meet’ has made it a mission to bring alive Hindi and Urdu poetry and music, in Braille.

From legends gone by like Mir Taqi Mir and Mirza Ghalib to current big names, Javed Akhtar and Gulzar, and even ghazal compositions, Kumar has brought alive a whole new world of literature and music in Braille.

It’s truly a labor of love given the many rejections Kumar faced when he approached leading publishing houses with the idea at first.

“Everyone rejected me saying this would be commercially unsuccessful,” he recalls. “They said this was a bad idea because there was no way they could make any money.”

Kumar was dispirited by the lack of support, until a friend suggested that he launch his own publishing company and bring the books out. That led to the birth of Voice Publications. “I fund this entirely by myself,” says Kumar. “I have sold my rings, my laptop, so many things to keep this going. There is no support from the government.”

What he has going for him is tons of goodwill. Some of the leading names in the world of ghazal music like Pankaj Udhas and the late Jagjit Singh have praised his efforts.

“Rohit Kumar Meet is doing something really special by translating ghazals and Hindi poems into Braille. This has enabled thousands of people who are visually impaired to appreciate an aspect of Indian literature and culture they had no access to before,” says Udhas.

Renowned poet Nida Fazli says that “by translating my ghazals into Braille, Meet is enabling blind people to enjoy my music with the sense of touch. I consider this a form of worship.”

Kumar says he now plans to make popularize his Braille books by opening libraries across India. The first one will be opened at the Lucknow Zoo, where his NGO Meet Welfare Foundation is helping authorities make the entire area accessible to visually impaired people.

The bulk of the earnings from sales at Voice Publications are directed towards books in Braille, a purpose that Kumar remains deeply committed to despite the many heartaches.

“All of this is happening because of God,” he says. “There is a divine hand behind this.”