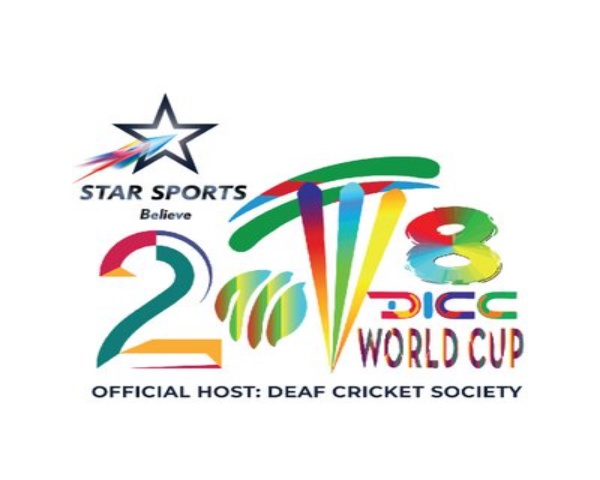 Yashwant Naidu, just 24 years old, has the “amiability of Andhra Pradesh in his veins and fire of the ball in his game.” Nadeem Shaikh, 27, from Maharashtra is a bowler who unleashes terror on the cricket field, while Imran Shaikh, 33, from neighbouring Gujarat is valued for his skills as an all-rounder as well as presence of mind.

Get to know them well as these are the men who will be representing India in the Deaf-ICC T20 World Cup to held in Gurugram in November. The five-day match event will be hosted by the Deaf Cricket Society (DCS) , which is a member of the Deaf International Cricket Council. An independent body, the DCS has taken the lead in promoting and organizing cricket for the deaf across India.

The matches will be played at the Teri Cricket Grounds from 23 to 30 November.. The title sponsor for the Cup is Star Sports. Apart from India, the countries taking part are Australia, Sri Lanka, Bangladesh, Pakistan, Nepal and South Africa.

Instituting a competitive match has proven to be very important for the development of deaf and hard of hearing people across the world. Cricket as a team sports helps players communicate better and they get a sense of achievement that does not come normally in other spheres of their lives. We hope that with the World Cup coming here, it will bring in support that is needed to bring the community into mainstream society. – Sumit Jain, General Secretary, Deaf Cricket Society, India

The ground commentary for the event will be given by well-known commentators, Prakash Wakhankar, Sunil Gupta and Ravikant Singh.

Gautam Thakar, CEO, Star Sports said supporting the series was part of the channel’s “endeavor to constantly redefine the role of TV as a catalyst of social change.”

So far, the DCS has hosted 12 domestic and international tournaments, including the first T20 World Cup Cricket Championship for the Deaf in 2015 in Delhi.