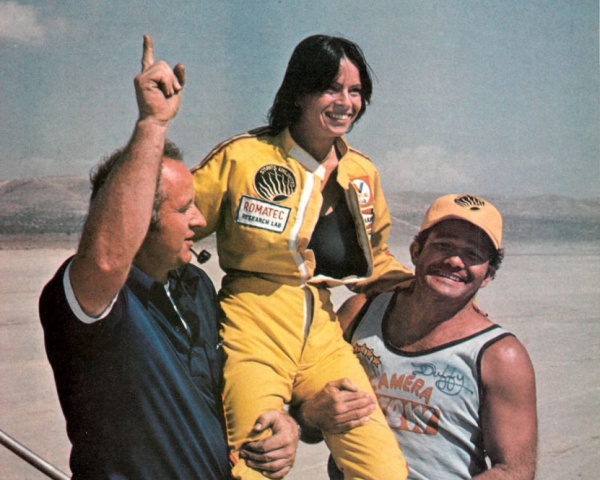 “People say I can’t do anything. I say to people I can do anything I want.”

These words by Kitty O’Neil, the world’s fastest woman, better known as the deaf daredevil best sum up her attitude to life.

O’Neill, who died a few days ago at the age of 72, was brave in many remarkable ways. Born deaf, she was a champion three-meter and platform diver whose Olympic hopes came crashing after she came down with spinal meningitis. She also survived two severe episodes of cancer before her 28th birthday.

She went on to become a stuntwoman in Hollywood and featured in iconic TV shows and held the record for the highest stunt fall by a woman at 105 feet. No wonder her passing away is being regarded as the end of an era.

At the age of five months, a simultaneous diagnosis of the mumps, measles and smallpox left O’Neil with a high fever that led to the loss of hearing and near death. She went on to learn the piano and cello, feeling the music through her hands and feet. She also trained as a platform diver, winning dozens of competitions.

She also raced motorcycles and speed boats, dived off the rooftops of hotel, leaped from helicopters, set herself on fire, earned the title of the world’s fastest woman.

O’Neil retired in 1982 and in all she held 22 speed records on land and water.

Since news of her death became known, tributes have been offered on social media.

What an incredible woman and a totally fantastic lifestory. Wish we’d met Kitty O’Neil over a cup of tea. – DialOforObits