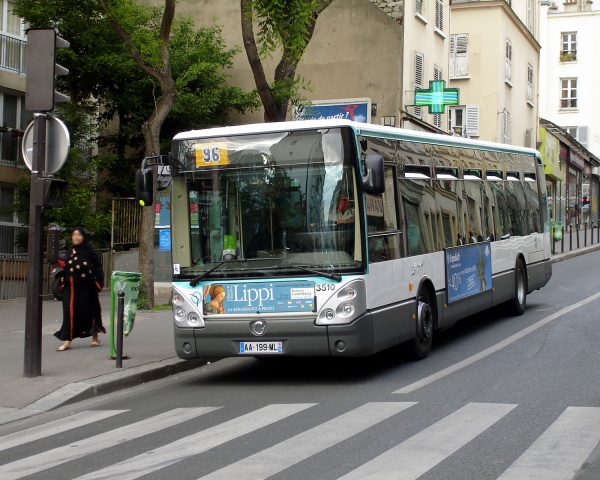 A bus driver in Paris, France is a social media hero after he asked every single passenger on his bus to get off. Why? Because they refused to make room for a man in a wheelchair.

The incident started trending on social media soon after it was reported in the newspaper Evening Standard. The passenger, Francois Le Berre, who has multiple sclerosis, was reportedly waiting to board a bus in a suburb in Paris, but none of the passengers would move to give him space.

The bus driver noticed his and took the unusual step of asking every single passenger to get off the bus. He then asked Le Berre to come on board and drove off with him as the only passenger.

A tweet describing the incident was shared by a group called Accessible Pour Tous, which in French means ‘accessible for all’.

Yesterday while waiting for the bus in Paris, nobody wanted to move themselves. As no one was moving the driver stood up and said ‘Terminating! Everybody off!’ After he came to see me and said ‘you can go up and the others, you wait for the next one! – Accessible Pour Tous

The tweet was shared over 5,000 times and liked by thousands of people. Many praised the bus driver and criticised the passengers for not moving.

One person commented, “Bravo to the bus driver, but shame on the passengers.” Another said, “Good for the driver!! Deserves a promotion â¤ï¸ðŸ‘.”

Back in India, the bus driver, whose name is not known, has won a fan in Jasmina Khanna, who is a wheelchair user based in Mumbai.

“I wish we had more humans like this. Such sensitivity rarely exists. Other passengers did not care about the person in the wheelchair and refused to budge to let him board the bus. Kudos to the driver who had the courage to teach a lesson to the other passengers by not allowing them to board the bus. “

Buses in Paris usually have one or two spaces for a wheelchair, and passengers are supposed to give priority to wheelchair users and allow them to get on.