The story behind India’s 1st inclusive expedition to Kilimanjaro 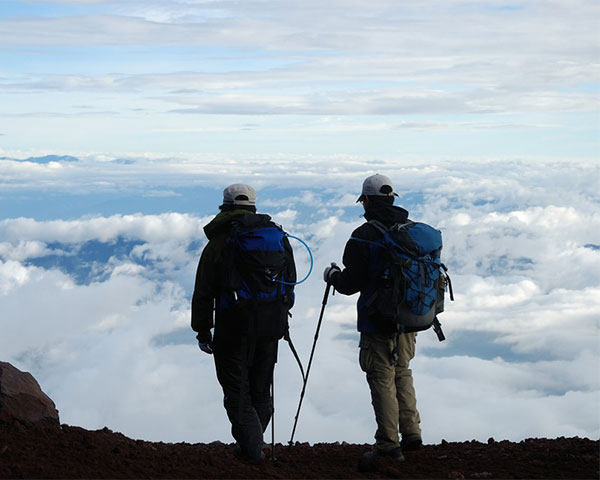 Climbing Mount Kilimanjaro ranks high on the to-do list of most serious mountaineers. This 6,000-metre high dormant volcano is popular as it needs no great technical skill. Even people with a moderate level of fitness and the ability to adjust to varying altitudes can attempt it.

However, doing the climb with a group of blind people is another challenge altogether. Something Karn Kowshik was well aware of when he signed up as one of the guides for the first inclusive expedition to Mt Kilimanjaro.

An experienced high altitude alpinist climber and internationally certified guide, Kowshik was looking for an opportunity to be a part of such an expedition and had no hesitation in saying yes when expedition leader Anusha Subramaniam approached him.

Subramaniam is a sighted ally of Adventures Beyond Barriers Foundation (ABBF), an organization that has pioneered inclusive expeditions, from treks to marathons. Founded by Divyanshu Ganatra, who lost his vision to glaucoma at the age of 19, ABBF has inspired many such initiatives across India.

“In the past, Karn had expressed interest to do an inclusive climb with me,” says Subramaniam, “so without a doubt, I wanted him to come on board as he would be a great asset to the team.”

Kowshik who has plenty of experience climbing the Himalayas was looking forward to guiding a group that was partly made up of blind climbers.

I was quite inspired by the idea. As professional guides, we have to keep people safe and when it comes to high altitudes, everyone is disabled. A lot of sighted people are terrible to walk with. I welcomed the opportunity as there is a lack in our ability to share mountains with different people. So, I was not nervous. – Karn Kowshik, Mountaineer

What was needed was some reorientation given that visually impaired people cannot see where they are going. So, the guide has to not only keep them safe but also ensure they enjoy the trek.

“With a blind person you can’t say put your leg here or hand here,” points out Kowshik. “Since they cannot see where they are going, there is a risk of falling off and dying. So, as a guide I worked on keeping them safe and getting them to enjoy the climb.”

The team did this by practicing the various guiding techniques, which included a hand on the back and using ropes on steep terrain. The guides also made sure they kept the blind climbers engaged with methods they preferred.

“Ganatra (ABBF founder) likes to be told where we are going but does not like too much conversation”, says Kowshik, “while the other blind climber in the group Prasad Gurav likes talking about something that is not related to climbing. You have to keep those things in mind.”

Apart from being inclusive, what sets this expedition apart is also its international nature. Of the six sighted members, three were from Israel. One of them Sophie Donio decided to sign up after seeing Anusha’s Facebook post on Kilimanjaro.

“I love to help people, so I thought that it would be more meaningful to do this trek with blind people,” says Donio. “It would also be good for my son to be there and join me in this special trip! I liked it very much that it made the trip international, to meet new people with different language and culture.”

Subramaniam, who has made it a mission to dedicate her skills and experience towards specific causes through her social initiative Summiting4Hope has documented the expedition in a short film called Unseeing.

“It is a subtle and yet a strong message through visuals that talks of Inclusion. Kilimanjaro as a climb for a cause can get worldwide recognition. The awareness about inclusion of persons with disability in the outdoors can get a huge reach.”