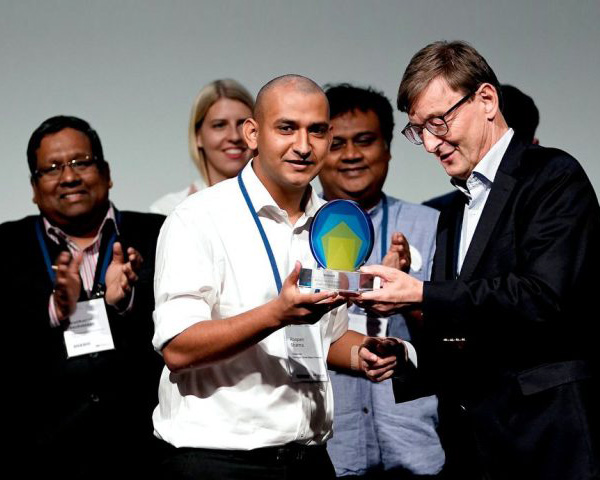 Manovue works quite simply. The index finger of the glove has a camera that reads printed text and converts it to spoken text when the user moves his finger across a page. The lower part of the palm also receives signals from the environment. This part of the glove vibrates when there is an obstacle and also indicates where the obstacle is located in relation to the user. What this does is allow the user to move freely in unfamiliar spaces.

The glove is also connected to a mobile app, which acts as a personal assistant and gives audio clues. The app also sends text messages and makes phone calls after a spoken assignment.

Roopam Sharma, who is the innovator, was recently honoured with the 2018 World Health Summit Startup Track. .

Speaking at the UNESCO Youth Forum, 23-year-old Roopam said, “Manovue basically functions as a wearable glove and integrated mobile phone app, which enables the user to read any printed text by moving his/her finger over the text.”

Manovue has the potential to increase the quality of life for blind or low vision people, who are denied access to education or employment opportunities for lack of Braille literacy.