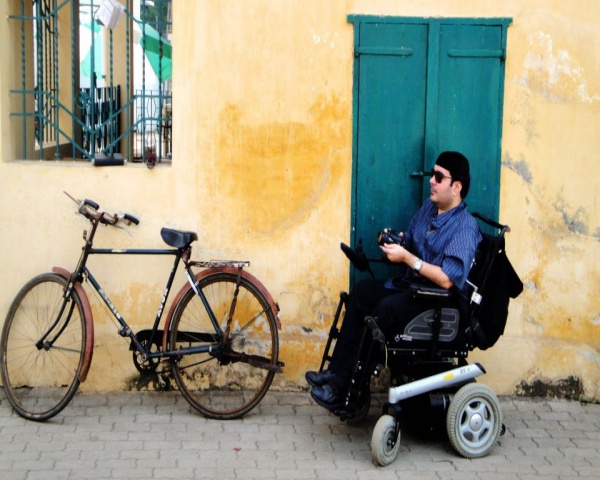 Over two weeks after he was allegedly handled roughly by staff on a Jet Airways flight, filmmaker Rustom Irani continues to be in acute pain. Irani says his symptoms have worsened, with an MRI showing severe damage to his knees and legs.

“I got an MRI done on my knees and the results are scary,” says Irani. “The femur is fractured, and the tibia is cracked from the right. I have been advised total bedrest for 12 weeks and have to keep my knees straight at all times.”

Irani has spinal muscular atrophy, a genetic disease, and moves around in an electric wheelchair. He has never let his disability come in the way of his passion for travel. He frequently travels all around India and the world, and clocked eight visits to foreign countries just last year.

He was scheduled to fly out to London earlier this month, until he suffered injuries aboard a Jet Airways flight from Nagpur to Mumbai due to insensitive handling by the airline staff.

There has been no public apology from the airline, barring this token statement – “We are in touch with the guest for the issue raised and are reviewing this internally with all concerned teams.”

Irani says that during a home visit, Jet Airways representatives admitted lapses, conversations he has recorded. However, there has been no public apology, only an offer to provide a ticket when he is able to travel again.

I have recorded the conversations with the airline representatives when they visited me and have sent them the medical reports. However, there has been no apology made so far, in public or private. My retired parents are looking after me. I cannot bend my knees and I am in great pain when I am forced to do so to take a shower. – Rustom Irani, filmmaker

Irani is actively exploring legal options and has sought the advice of Jamshed Mistry, advocate with the Bombay High Court.

Advocate Mistry, who is actively involved in various social causes, including the rights of disabled people, says it is shocking that despite the passing of the RPWD Act 2016, there is such blatant insensitivity towards people with disabilities in the service industry. Advocate Mistry believes Irani has a strong case in court.

“Many years ago it was the late disability rights leader Javed Abidi who had raised this issue and that was in the case of Indian Airlines. And we have not been able to correct this lacunae despite the RPWD Act. Physical access to services, like the airline industry, have to meet international standards. It’s not just about providing a wheelchair but also how sensitively passengers are handled form the time they check in until they reach the out gate.”

As Irani points out, he has to cope with much more than just the injuries and huge medical bills. “I am not a disabled man waiting on charity but a working professional who has suffered greatly due to this callousness.”