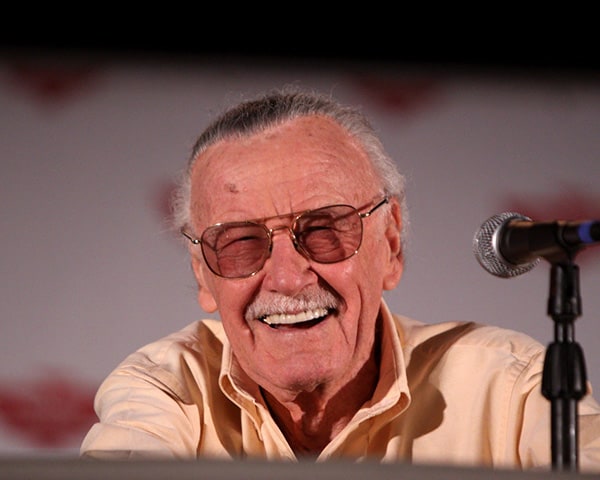 This week as audiences across the world flock to theatres to watch the latest and quite possibly the final film in the X-Men movie series, Dark Pheonix, we bring you one of the most popular stories on NewzHook. A tribute we carried to series creator Stab Lee, when he passed away last year. A man who showed us all that is rich and meaningful in diversity.

Fans are hoping Dark Pheonix will not spell the end of the iconic X-Men series, created by the legendary Stan Lee, the man behind some of the worl’d most celebrated superheroes.

From X-Men, to the Fantastic Four, Iron Man, Mighty Thor and the best known Spiderman, his superheroes were conflicted characters, many of them battling personal demons, making them vulnerable and easy to relate to.

But there were also outsiders, different from the mainstream, qualities that made these superheroes invaluable to children with autism. They told them it’s OK to be different.

“My son, who is mildly autistic, loves all the Marvel characters, ” says Sundar. “He started off by watching Spiderman and graduated to Ironman and the Hulk. Whenever we go to any library, he heads straight for the comics section and picks up a Marvel book. He loves to see the pictures and understands what the characters are about. If you take a character like Spiderman, you see that he has some issues but so many special skills and helps people. That teaches you that having a disability or being different is no big deal.”

From Reed Richards, better known as Mister Fantastic, David Haller aka Legion, Dean Boswell or Dummy, Goblyn Dean (Goblyn) and Johnny Doo, Lee created many iconic characters with autism. For 18-year-old Pranav Bakhshi, who has mild autism, the appeal in Mister Fantastic lay in the fact that he was so ‘elastic’.

Like millions of Marvel fans, he was sad when Lee passed away.

I love all the Marvel movies. I like Groot because it is so funny how he branches out and I like Mister Fantastic because he is so elastic. My favourites are Ironman and Wolverine. I have seen all Ironman movies and I love his suit of armour and wanted his powers. I love to see Wolverine and in my flashback I used to find his sharp claws scary. Now I don’t. I wanted his powers also. I understand that they are both imaginary and I cannot have their powers but I love them. – Pranav Bakhshi, Marvel fan

“Once I entered this ‘Marvel-ous’ world, I had the zealousness and enthusiasm of a new convert. We both followed the amazing journeys of his creations, were excited about ‘Stan sightings’ and looked forward eagerly to the sequels. It was pleasurable to see and follow the characters on the autism spectrum and they surely contributed towards awareness and advocacy among the young generation. Pranav’s raving over Mister Fantastic, believed to have autism, was an unexplained joy!”

Sam Bryan who has a younger brother with autism loves how the comics show superheroes with difficulties helping regular people.

“My brother only watches live action superhero movies. I love how it portrays that everyone in this world have a set of their own special abilities. My favourite superhero is the Legendary outlaw – Peter Quill aka Star Lord. Star Lord and his friends are called, the Guardians of the Galaxy (GotG). They are not the perfect set of superheroes. Inspite of having individual shortcomings, the members of GotG embrace each other warmly as one whole family. Also in the current world scenario, I feel it’s important for us to be inclusive of every human as one whole family.”

Lee’s characters went beyond the stereotypical portrayals of disorders like autism, showing the world to look for the unique strengths that lie within all of us, regardless of how different some of may be from the norm.

In creating such characters, journalist Madhusudan Srinivas, who has a son with autism, believes Lee was far ahead of his time.

“This is a man, who way before its time, practised inclusion and in the most basic form. Today, we have the United Nations focusing on disability in a major way, but Lee worked to bring diverse characters into the space of literature and the arts in a form that is so eternal and enduring way ahead of the rest.”

Lee, who passed away at the age of 95, had a long life. But clearly, not long enough for his countless fans. His will be a presence sorely missed.