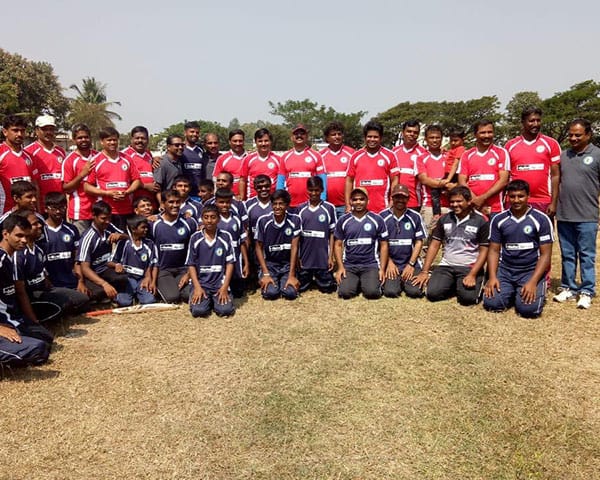 Shekhar Naik needs no introduction. This blind cricketer has made his mark in Indian sports through his remarkable achievements. He was the former captain of the Indian blind cricket team and has brought home many laurels for the country. Naik is now stepping into a new venture. He has kick-started the Shekhar Naik Foundation, a sports academy exclusively for aspiring blind cricketers! Naik claims that his new academy is the first of its kind in India.

This sports academy was inaugurated on 11 November, and is located at Shimoga in Karnataka. It was inaugurated by Ashok Naik who is the MLA of Shimoga. Shekhar Naik Foundation already has 25 youngsters enrolled for training. There are 15 school students and 10 adults of different age groups who are now part of the venture. All of them belong to the southern part of Karnataka.

When I used to play cricket, me and my team has undergone numerous issues. There were times when we had to sleep on the floor of trains while travelling to participate in national cricket matches. Blind cricket is now slowly getting government support. But we still have a long way to go. I want to break all barriers and ensure that aspiring blind cricketers are provided with a good space to explore their skills. That is why I started this Foundation. Blind cricketers will be provided with all facilities here- Shekhar Naik, Former blind cricket captain

Government apathy and lack of funds are still roadblocks for blind cricketers. Naik hopes to make a difference to that. Are you interested to join this venture? Naik is providing free coaching sessions here with the support of his sponsors. He claims that aspirants do not have to spend a single penny for being a part of this academy!

Shekhar Naik Foundation currently has two coaches. One of them is Prakash Jayaramaiah who is the Vice Captain of Indian blind cricket team. The other coach Suresh has proven his excellence in the field of cricket. He is Naik’s mentor as well.

The Shekhar Naik Foundation hopes to spread wings to other parts of India by 2019. They are all set to hold coaching camps in cities across India. This way, more blind cricketers can come and become part of this venture.

Ejaz, a blind school lecturer from Shimoga has joined Shekhar Naik Foundation. Ejaz does not hide his excitement when talking about being a part of the venture.

“Shekhar was my junior in school. I have always known his passion for cricket and I’am glad he started an institute for blind cricketers. When he called me up and said about his venture, I immediately joined. Our training sessions have started and it is par excellence. I’am looking forward for more classes”, says Ejaz.

India is home to thousands of talented and skilled blind cricketers. Naik points out that most of them have gone unnoticed due to lack of opportunities. We hope Naik and his sports academy can bridge all gaps and provide a great space for aspiring blind cricketers.