Move to publish Indian Constitution in Braille welcomed, next step is to actually implement it, say experts 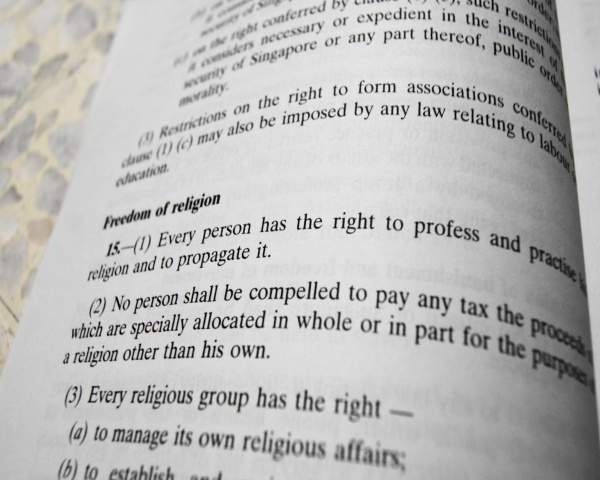 Long overdue, but most welcome. That’s the overwhelming reaction to the move to publish the Indian Constitution in Braille. A step initiated not by the government but privately by the Buddhist Association, which released the first part on 26 November, a day marked as Constitution Day.

The Braille version will be published in five parts, with the second likely to be launched in two months’ time.

The move comes at an important moment. In Chennai, disability rights groups have started a fortnight-long campaign to highlight how people in the disabled community continue to be excluded when it comes to accessing basic rights as citizens. At the same time, a Facebook petition has been started by Chennai-based disability rights activist Vaishnavi Jayakumar demanding an amendment to Article 15 to acknowledge the “intersectionalities of discrimination, whether faced due to disability, age, gender identity, sexual orientation, class etc.”

The Braille version, says Mumbai-based lawyer Amar jain, who is visually impaired, is an important step as it makes the laws available to everyone.

The basic principle of law is that ignorance of the law is not an excuse. But if someone is deprived of access to the law, then for him or her to be punished is unfair. To avoid that and to ensure the law is accessible to everyone is important before we can even talk of equal rights. So this is an important step in that direction. – Amar Jain, Lawyer

Along with the Constitution in Braille, there will be booklets published with explanations and extra information to help lawyers and Civil Services aspirants from the blind and low vision community.

“This way more people can access and become aware of their rights”, believes Danish Mahajan, who is a core member of Radio Udaan, the online radio station run by people with visual impairments. “Many people, both disabled and non-disabled, are unaware of their rights when it comes to religion or fundamental rights for that matter. Also, there are aspects in the Constitution that we were not able to access in detail earlier”.

India is not the first country to have its Constitution in Braille. Countries like Georgia, South Africa, Zimbabwe, Tanzania, Fiji, Mozambique, and the United States have taken the lead much before.

“As a strong advocate of the Braille script, it reiterates my belief that we as a society are on the path of inclusion. One step at a time. But I sincerely hope more and more government bodies and individuals take this up actively and help expedite the journey towards accessibility and inclusion”.

However as Jain points out, there are some challenges to publishing the Constitution in Braille. “One of the challenges in publishing laws in Braille Is to keep it up to date. Once they are amended, you have to publish the amended version, so there is a cost impact.”

Lauding the initiative, disability rights advocate George Abraham, wishes it had come from the government.

“The initiative is good but it does not mean anything from the point of view that the government is showing some concern for the blind”, points out Abraham. “That would make a lot of sense.”

Will the move spur the government to implement the Constitution? Abraham certainly hopes so. “It is important the Constitution is implemented in letter and spirit to ensure that people who are being excluded are included. If that does not happen, it may not justify the effort that has gone into it.”

A sentiment few would quarrel with.