Campaigning for accessibility from UAE to India – My Take by Shobhika Kalra, Co-founder, Wings of Angelz 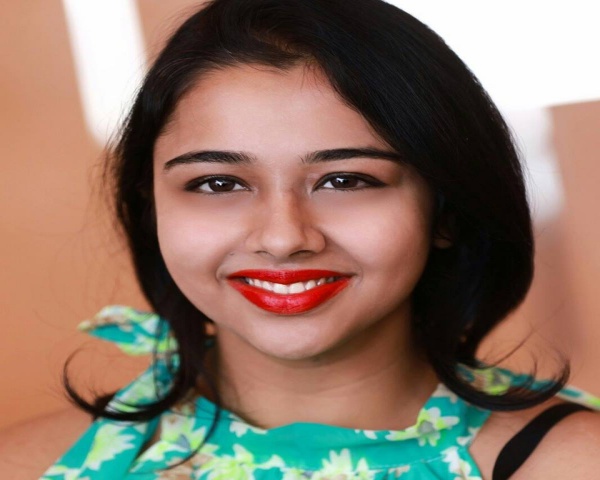 As co-founder of Wings of Angelz, 28-year-old Shobhika Kalra has spearheaded some significant accessibility initiatives in the UAE. Her aim is to make the world barrier-free with the aid of technology. In My Take she talks about how she is making this happen.

I was four years old when I moved to the United Arab Emirates (UAE). As a kid, I was extremely good in studies and extra curricular activities. I used to get the first position in all the competitions that I took part in. Then I noticed that I was beginning to come in second place. This might not be a big deal for anyone else, but it was quite strange for me. I thought that perhaps I was getting too pampered at home, and that I should look at completing my studies in a hostel.

After choosing a hostel my mom suggested we get a regular check up done and that was when I was diagnosed with Friedrich Ataxia, which is a degenerative incurable terminal disorder. I was in class 8 at the time, about 13 years old, and my classroom was on the second floor of the school building. One had to use the stairs to get there. My parents requested school authorities to shift the classroom to a lower floor, but this was denied and I had to drop out.

This was a major setback. I was a good student and was doing well in school but had to discontinue as doctors said it was not safe for me to climb so many stairs every day. This was the first accessibility issue I faced. I was shocked by what had happened but that was when the idea of accessibility hit me first, subconsciously.

Then a few years later when my sister Ruchika, and I were visiting India, we went to a theater in Bhopal to watch a film. There were many stairs there and four men had to carry me to my seat. I was 24 years old at the time and this experience was very uncomfortable. My sister, who is older than I am, said she would speak to the theater manager about the lack of accessibility. The manager responded by saying you are facing this problem because you live outside India, there are actually not many people on wheelchairs in India.

This comment upset us a lot and it was then that we decided to create awareness about wheelchair accessibility. Because it is absolutely not true that there are not many people on wheelchairs in India. It is just that people using wheelchairs in India do not go out much as there is an accessibility issue. Along with a few close friends, we started Wings of Angelz in 2014.

I used to take the Metro to go to university and I found that while the stations were wheelchair accessible, the road to the footpath was not. I spoke to the Road and Transport Authority (RTA) about this and this was hard for me as I knew no one there. The RTA built that ramp in a week’s time! I then went out and saw that other metro stations needed ramps and I made a list. The RTA got that built too. Through the RTA, we have got about 700 ramps built so far.

We have worked closely with two government organizations in the UAE. One is the RTA and the other is the Community & Development Authority (CDA). Both these organizations have supported our thoughts and initiatives and helped link us with people in key organizations.

The aim of Wingz of Angelz is to spread awareness about wheelchair accessibility. We are about to launch the Wings of Angelz app and going ahead we plan to adopt a holistic approach towards accessibility. This will include accessible entrances and bathrooms, even cashiers, and automatic doors. In 2016, Also, Zomato, a restaurant discovery and food ordering app, has included a microsite for Wings of Angelz to offer information about all restaurants in Dubai which have a ramp and are accessible for wheelchair users.

Our core team is in the UAE but our initiatives have been taken up by more than 100 organizations in India in cities like Bhopal, Delhi and Bengaluru where groups of people have met to spread awareness about wheelchair accessibility. We believe that once that once the app is launched it will help create a greater barrier-free as well as geography free movement around the initiative as it will be linked to Google Maps. This way anyone can use it from anywhere, efficiently and effectively.

My upbringing has a lot to do with the person I am today. My parents are very positive and my sister is very encouraging and supportive. I strongly feel that you should believe in yourself always and never allow anything or anyone to make you feel any other way.