Disability no barrier for Radhambika, who has enabled India’s most successful space missions 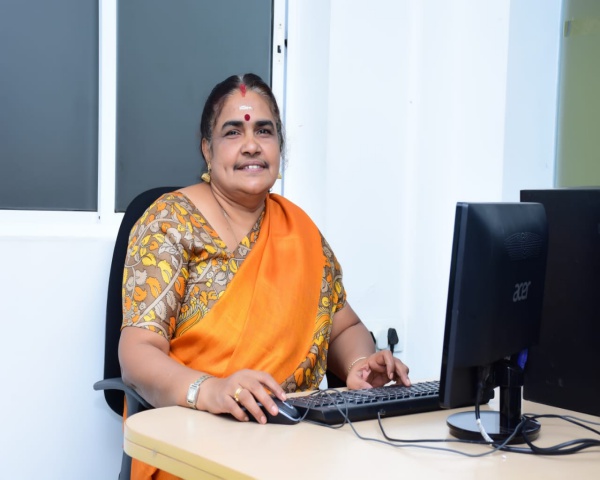 This week was a significant moment in India’s space mission. The world watched as Indian Space Research Organisation (ISRO) successfully launched HysIS, which is an earth observation satellite.

A key member of the team behind the launch was S Radhambika, who played an important role in creating the printed circuit boards needed for HysIS, a contribution for which she will be honoured.

Today, on World Disability Day, Radhambika will be honoured by President Ram Nath Kovind with the national award for Best Employer for the Empowerment of Persons with Disabilities.

It is a proud moment for 58-year-old Radhambika who is physically disabled herself and has dedicated her life to empowering others, especially women,with disabilities.

I am very happy and excited to receive the honour. I have been a part of all the ASLV missions of ISRO from 1985 up until now. I have been guiding all the employees of my company, Sivavasu Electronics, which puts together the circuit boards, harnessing and wiring for the satellites. – S Radhambika, Best Employer for the Empowerment of PwD

Radhambika will also be honoured by the Kerala government for her contribution. She will receive the state award under the Best Institution category as Sivavasu Electronics employs 200 people with different types of disabilities.

She has trained hundreds of people with disabilities – locomotor, hearing, cerebral palsy, intellectual, speech as well as multiple disabilities.

Radhambika was paralyzed in one leg at the age of two after a polio attack. She walks with the aid of callipers.

“I did a course at the Vocational Rehabilitation Centre (VRC) under the Union Ministry of Labour and Employment after which I received special training at ISRO”, says Radhambika. The training, held in Mumbai, changed the course of her life.
In 1983 she started Sivavasu Electronics in Thiruvananthapuram with support from VRC , ISRO, and other government agencies.

Over the decades she has trained people in building the flight hardwires and subsystems and in doing the fabrication work for the launch space vehicles. Be it ASLV or the Mars Mission, Radhambika’s team have made an invaluable contribution to India’s most prestigious space missions.

“Thanks to the opportunities and training I have received, I have come this far”, says Radhambika, “and it gives me great satisfaction to be able to return this to society”.

“Printed circuit boards are at the heart of all electronics industry”, says Bagla, who has written the book, Reaching for the Stars: India’s Journey to MARS and Beyond. “To make boards that will last in the hostile environment of space where there is extreme heat and cold and radiation is a very tough job. It requires a high level of skill and precision. Someone who has been doing it for years and has worked with India’s best satellites only shows that she has technical prowess of a very high quality”.