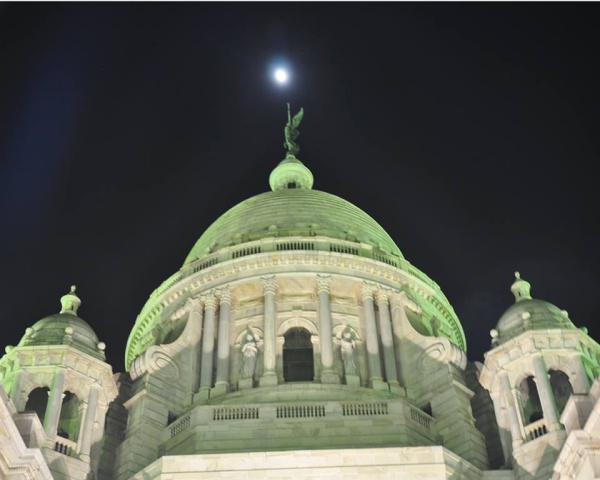 A popular tourist spot, Kolkata’s Victoria Memorial does not have a great record when it comes to accessibility. Come 2019, this iconic heritage monument hopes to change that.

The museum will open to the public in June of next year after nearly two years of intensive conservation and renovation work. In its restored avatar, it will also be a disabled-friendly venue, thanks to the budget of Rs 60 crore sanctioned by the Ministry of Culture for the entire revamp.

Apart from extended hours and 2,000 more artefacts, additional ramps for wheelchairs and two lifts have been planned. These lifts will be for the exclusive use of people with disabilities. There will be two golf carts as well for disabled and elderly visitors to use within the museum grounds. There is also a plan to introduce signs in Braille.

“The plan is to make at least 85 to 90% of Victoria Memorial disabled-friendly,” said Victoria Memorial curator Jayanta Sengupta. “There will be signage in Braille for 50 prime exhibits and we hope to finish this by March-April 2019”.

Making structural changes to a heritage site is a challenging task, but it has been done before as Siddhant Shah, points out. As Founder, AccessForAll (AFA), Shah seeks to bridge the gap between cultural heritage and disability and is India’s first architect to do so. He has worked on making many heritage projects accessible, including the City Palace of Jaipur, which as he points out, is older than the Victoria Memorial.

Shah, who was at Victoria Memorial earlier this week to deliver a lecture on making museums accessible, says the heritage site has many access points to it and offers ways to negotiate entry points.

There are many ways to make the Victoria Memorial accessible. No doubt there are challenges but there are ways to work around that. For that matter, the Colosseum in Italy or the Acropolis in Greece have also been made accessible. The Colosseum even has a lift. Care has to be taken that the structure is not damaged and the way to do that is to start with a ‘Statement of Outstanding Value’, which mentions why the site is so important. This way the structure is not hampered. – Siddhant Shah, Accessibility expert

In doing this makeover, Victoria Memorial will be the first landmark in Kolkata to make a significant move towards inclusion. Like the other museums in the city, it has so far presented a bleak picture on this front. Same is the case with other prominent city landmarks like the Alipore Zoo and City Museum, where apart from ramps, Braille workshops and wheelchairs, there is little else going when it comes to inclusion.

Given this track record, disability rights groups in the city are bound to closely track the promised accessibility makeover.

“Our experience is that such changes have been purely gimmicky”, says Abhirupa Kar, of Civilian Welfare Foundation, a Kolkata-based NGO that has been fighting for disabled-friendly Durga pujo pandals as well as the rights of para athletes.

“Take this initiative to make pujo pandals accessible for visually impaired people that was undertaken last year, for instance”, says Kar. “Our surveys found that the accessibility changes were in name only and not really thought through and implemented. In general, such changes are not done in a holistic manner and do not include the needs of people with different kinds of disabilities”.

Rated as India’s number one museum, with over 40 lakh footfalls in a year, Kolkata’s Victoria Memorial has also figured in Asia’s top 25 list in the TripAdvisor Travellers’ Choice’ awards for museums. As such, its claims of accessibility will be closely watched. Will it set the benchmark for other iconic landmarks in the City of Joy? June 2019 will tell.

ALSO READ: â€‹It is all about inclusion at the ongoing exhibition at National Museum in Delhi