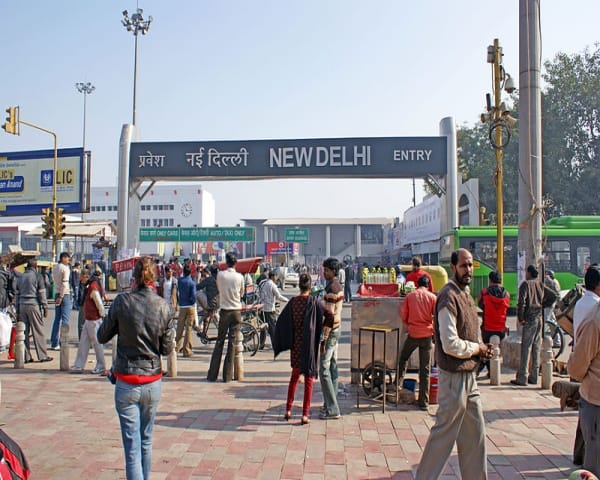 Be it para athlete Suvarna Raj in Delhi, disability rights activist Meenakshi Balasubramaniam in Chennai or accessibility advocate Virali Modi in Mumbai, the harassment commonly faced by disabled passengers on Indian Railways has been made loud and clear time and again.

These instances of harassment, when reported, have usually been met with promises of redressal by authorities, but often in a piecemeal fashion. Addressing the lack of accessibility in a holistic fashion has not been a priority.

So, there was much hope when the National Human Rights Commission (NHRC), an autonomous body that is “the embodiment of India’s concern for the promotion and protection of human rights” took suo moto cognizance of a newspaper report on the harrowing experience suffered by disability rights leader Dr Satendra Singh at the New Delhi Railway Station (NDRS) in 2015.

Dr Singh, who has a 70% orthopaedic disability, was not given a battery operated car although they were available. He was told that the cars were not operating, a lie as he subsequently found out. He was also given wrong information about which platform his train had come to.

Dr Singh submitted a rejoinder to the NHRC notice and followed it up with a second rejoinder earlier this year after he underwent a similar experience. This time he was denied a lower berth despite having booked a ticket under the disability quota.

Now in a shocking discovery, he has found that the NHRC has closed the case on the grounds that he did not submit his comments.

Out of curiosity I checked the status of my case No. 6491/30/3/2015 and I was quite appalled to see it being closed without any information. More shocking was the fact that they have wrongly mentioned that I did not submit any comments. – Dr Satendra Singh, Disability rights leader

Not only are the grounds for case closure invalid, the situation on the ground at the NDRS remains the same. In December 2015, an access audit report of NDRS by IIT-Roorkee, highlighted the many accessibility issues here, like:

These are just a few and given this situation, Dr Singh has demanded that the NHRC reopen his complaint in a letter to the body. “The core committee of NHRC on ‘disabilities and elderly’ can go and watch the ground situation which remains inaccessible to disabled people and the elderly and strips them of their basic human right of dignity”, he says.

The fact that one of the main railway stations in India’s national capital continues to defy the Rights of Persons with Disabilities Act, 2016 shows how this key promise made under the Accessible India Campaign remains on paper. These accessibility barriers are common to most stations, condemning many disabled people to a life of isolation.

Balasubramanian says that while she loves train travel, she cannot do so without a companion. “Often there is no one available to accompany me and I am forced to miss out on many social occasions like weddings or other family gatherings”, she says. “It is not fair that train travel is not an option for me like it is for anyone else. From booking a ticket to accessing the compartment to using the washroom, everything is a challenge. The end result is that I can travel only for work”.

Modi, who lives in Mumbai, a city that prides itself on an efficient public transport system, stopped looking at local trains or metro as an option after she became disabled.

“The vast crowds, inaccessibility, and the poor infrastructure scares me. It is deeply frustrating because like with every activity in India, the disabled are segregated and it isn’t fair. I want to use the train so I can reach my destination faster, but that isn’t a possibility”.

Rather sad that while the government is willing to push through projects like the bullet train, something as basic and fundamental as accessible train travel remains a distant dream for a significant chunk of our population.