Some useful Information about Angelman Syndrome 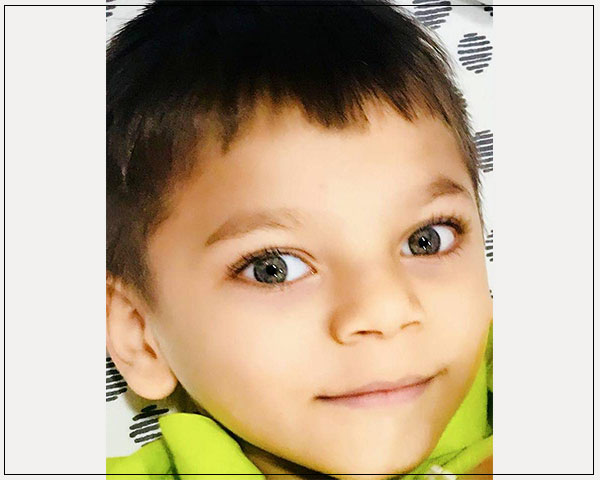 Angelman Syndrome (AS) is a genetic condition that affects the nervous system. It can lead to a delay in physical and mental development and also cause intellectual disability.

The syndrome is named after English pediatrician, Dr Harry Angelman, who first described this syndrome in the 60s.

The condition is also known as the Happy Puppet Syndrome as the affected children smile often and have wide mouths.

Angelman Syndrome is a rare condition and occurs in 1 in 10 000-25 000 births. Both boys and girls are equally affected by the disorder. It is caused due to a defect in chromosome 15 and can be inherited or be a gene mutation.

The signs and symptoms of AS can appear at an early age. Here are a few of them.

– Frequent laughter and a happy nature with lots of smiles

Apart from these very common signs, there can be some other symptoms also such as a small head size, wide mouth and widely spaced teeth, swallowing and feeding problems, drooling, sleep disturbance, attraction to water and more.

Most of the signs are noticeable at a very young age and parents should get the children diagnosed as early as possible. Early intervention is extremely crucial to get the right treatment or therapy started.

At present there is no cure for AS. Medications can be used to manage symptoms such as seizers, fits, and sleep disorders. People with AS tend to have a happy disposition generally. They are smiling and content most of the time but they need care and help in being trained to learn coping skills.

People with the Angelman Syndrome can have communication issues but they enjoy interacting with others. They like being spoken to and being in the company of others. Therapy can help children with AS to learn skills such as communicating without speech and understanding what is being said to them.

Dr.Vinita P. Jariwala, is a Mumbai-based paediatrician with experience of screening children with Angelman Syndrome. She shared her valuable insights with Newz Hook.

“Therapy can aid in making the lives of affected children less challenging. Children with Angelman Syndrome can be taught and trained to manage their day to days simple tasks independently with regular therapy. However, it is vital that the condition is detected as early as possible. Delayed detection can hamper the growth and learning prospects of the children.” – Dr.Vinita P. Jariwala, Paeditarician

There is a severe lack of awareness in India about AS and in most cases the children are misdiagnosed as having some other disorder. The misinformation and shortage of guidance leads to several children missing out on the correct mode of therapy.

The lack of support for parents of children with AS led a Mumbai-based mother to set up a group called the Angelmanâ€‰Foundation.

Pooja Joshi Bhadrige, a former banker became aware of the syndrome when her son was diagnosed with the condition a few years back. She has started a website that provides information and support to other parents whose children are diagnosed with AS.

Parents need to be made aware of disorders such as Angelman syndrome so that children are not misdiagnosed. Right information and support at the right time can go a long way in helping children affected by AS and their families. Early and correct detection of disorders is vital to give better life to the affected children. It also helps the parents to become mentally stronger and more capable of caring for their children as they grow older. Pooja Joshi Bhadrige, Parent-Founder, Angelman Syndrome Support Group

Pooja is in constant contact with around 30 parents from all over India who have kids with AS. She hopes to continue spreading awareness about the Angelman Syndrome to ensure that children are detected early and parents get the much needed support.