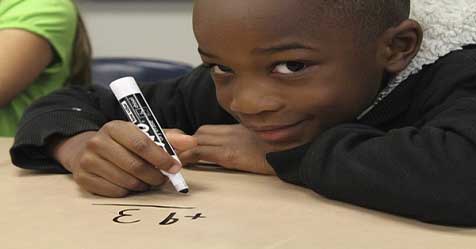 The scale of abuse at therapy centres for children with disabilities in Kerala is under the spotlight once again. This is after a series of comments posted anonymously by parents on social media groups.

Here are a few testimonials:

“My son __ is autistic by birth. I have been taking him for therapy to South URC. While this person was trying to give him lunch, he refused. This person was forcing him to eat. The child was crying uncontrollably and in the commotion that followed, the lunch box fell down and the rice was scattered. The teacher angrily shouted ” I will make you eat the rice from the floor”, gathered the rice from the dirty floor and forced it into the child’s mouth and made him eat it forcibly…The other teachers did not let me go near my child. The teacher was doing this to an autistic child who is disabled, speech impaired and without special intelligence.” – Parent to child with autism.

“My son was being given training by the teacher. That day, seeing that he was not writing, she made him stoop down and kept the notebooks on his back. Another teacher who was watching this kept a pencil box also on top of the books. Then using a steel scale, beat my child. When it pained him, he caught hold of the scale. The teacher got angry and beat him on the other hand till the skin ruptured. The teacher, overcome with anger, went to the toilet inside and brought a big PVC pipe kept near it and beat him black and blue”. – Parent to child with autism.

This is not the first time such instances have been reported from private therapy centres in the state. In 2015, after a child’s hand was broken at a Ernakulam centre, a group of parents and professionals got together to form Together We Can (TWC), to push for better monitoring.

When their petitions to the District Child Welfare Committee and the Kerala State Commission for Protection of Child Rights went unheard, they approached the Kerala High Court in 2017 with a writ petition seeking the formation of a regulatory body and standardization of procedures at therapy centres.

Our primary objective is family empowerment and prevention of exploitation and abuse that is rampant in the sector. Children are vulnerable and when they are below 10 they cannot communicate due to their disability and this makes them the most vulnerable. Parents are not allowed inside during therapy sessions either. The turning point was when a six-year-old non-verbal child with autism broke his arm during a therapy session at a Ernakulam centre. – Seema Lal, Special Educator, Co-founder, Together We Can

Given the lack of adequate government-run centres, parents are forced to turn to private players, which are going unsupervised. “There are physiotherapists doubling up as therapists, even caretakers”, says Lal. “Parents are often scared to come forward because they fear being isolated”.

With parents made to wait outside while the child undergoes therapy, there is nobody to monitor even if an abuse of any nature happens within closed doors. Also, most centres do not offer an Individualised Education Program (IEP). or give a written home program to parents either. Nor is there a progress review.

Some of the measures TWC has recommended are :

The idea, says TWC, is to bring greater transparency in therapy centers and empower families to support their children.

The Kerala government says these measures will be considered while setting up a monitoring mechanism.

Speaking to Newz Hook, Biju Prabhakar, Vice Chairman and Secretary, Kerala Social Security Mission (KSSM) said, “We are in the process of framing a new set of guidelines that will look at the procedure, management and infrastructure of the therapy centres. This will be under the aegis of the RPWD Act. It is still in the nascent stages”.

These new guidelines will be announced in the next Budget session, says Mohammed Asheel, Executive Director, KSSM.

“We would have announced them earlier but there was a delay in finalizing them due to the major floods. There are many challenges in because we need to fix a minimum standard and these vary for every disability. These standards have not been specified in the RPWD Act and have been left to every state to decide.”

The Kerala government has promised to take into account the needs of various groups is framing the new guidelines. Three rounds of meetings have been held with parents of children, various state departments and organizations to finalize them.

Steps that will hopefully help ensure greater accountability in the way these centres are managed and run.