Nothing stops this blind cricketer from batting for inclusion into IPL 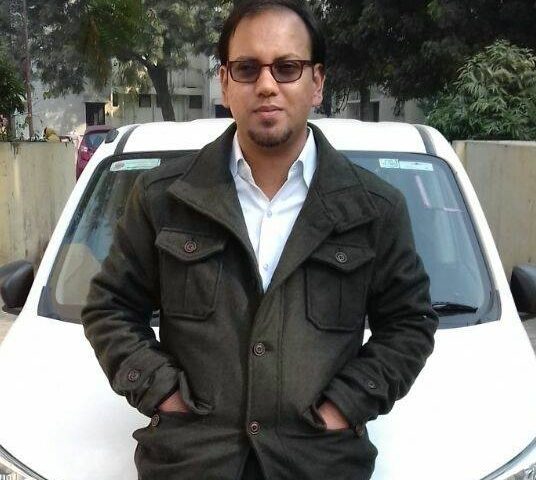 Ratendra Singh Jayara is a visual impaired cricketer from Lucknow. But a disability has not stopped him from chasing his passion and love for cricket. He even left his well-paid job at a bank to pursue a career in cricket. One of his biggest dreams is to become part of the Indian Premier League (IPL). Over the past one year, Jayara has been fighting bureaucracy to find his place in one of the IPL teams. The youngster has filed a case with the Supreme Court of India (SC). But the process is getting delayed.

Initially, Jayara filed a case with the court of the Chief Commissioner for Persons with Disabilities. But within six months, they closed the case pointing out many reasons. Jayara then filed a write petition at SC on 27 September. After two days, he got an e-mail from SC saying that there were defects in the petition. He was also asked to rectify them to go ahead with the petition. It took Jayara over one month to complete the rectifications only to realise that there were more defects. The process has also cost him quite a lot of money.

Experts told me that rectifications and its processes will not legally be more than 300 Rs. But now, I have spent over 20,000 Rs already. It is quite a huge sum for me. I left my job at the bank to pursue a career in cricket. How many more doors will I have to knock to get my rights? In western countries, people with disabilities participate along with athletes and sportspersons who do not have any disabilities. They have won many laurels and medals. I’am trying to prove myself, but I’am not getting any opportunities-Ratendra Singh Jayara

Jayara has also approached the Board of Control for Cricket in India (BCCI). But he has not received any response from the authorities.

“This is all about the matter of inclusion. Like how women are fighting to enter Sabarimala or how homosexuals are fighting for their rights, I believe I must work hard for my voice to be heard in the society. I believe everybody must be given a chance to showcase their skills and potential. Now, I’am all alone fighting the case with no support from anyone. I will keep fighting till I get justice”, says Jayara.

This youngster’s high spirits and motivation is truly inspiring. But experts also point out that there are many limitations for a visual impaired cricketer to become part of a team of players without disabilities.

GK Mahantesh is the former captain of Indian blind cricket team and founder of the NGO Samarthanam that empowers disabled people.

“I appreciate efforts taken by Jayara to promote inclusion. But at the same time, I don’t think this can be practical or feasible. Visual impaired cricket is different from cricket played by people with no disabilities. Visual impaired cricket clearly has its limitations. But the decision is left to the Supreme Court of India. They know what is best”, says GK Mahantesh.