Dilip Mani’s tunes have the healing touch for children with disabilities. 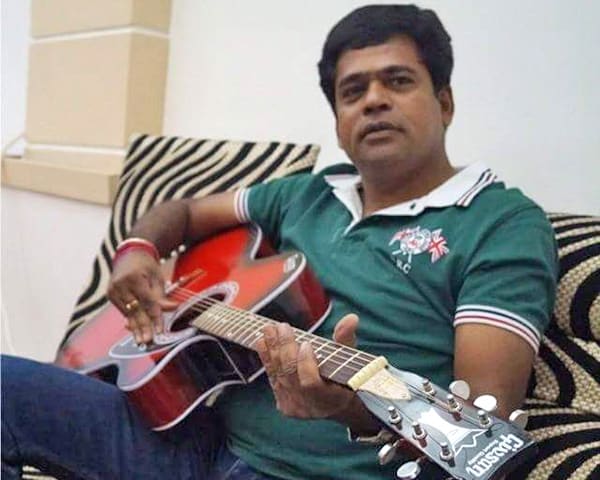 Music has the power to train and heal minds and no one knows knows that better than Dilip Mani. Mani, who is a music healer and therapist, has been using this aspect to help children with disabilities.

Mani creates music compositions specifically for kids, based on their symptoms and needs. The compilations are unique to every child and is meant to heal them mentally and emotionally.

His process is simple. Every parent shares their child’s details with Mani and he creates a piece of music for them. This is played for the child and has been found to make a difference. Not only does the child respond positively, there is a distinct improvement in motor skills, behavior, moods and development.

I create music based on the child’s condition, severity and symptoms. The music can be played on speakers or phone and the child is not forced to hear it through earphones making it a user-friendly therapy. It gives me satisfaction when very positive changes are observed in the children and they become calmer yet more aware of their surroundings – Dilip Mani, Music therapist

What makes this such a win-win approach is that it is non- intrusive and effective, with no side effects. Mani has been working in this field for almost 15 years and has changed the lives of many children and their families.

Mani’s tunes have worked their magic with kids with various types of disorders, be it ADHD, autism, learning issues and intellectual disabilities.

The music he composes has elements of fusion, Indian, western classical and even mantras. It soothes and stimulates their creative sides.

Parents Newz Hook spoke to say they have found a clear change in their child following Mani’s music. One parent, who did not wish to be identified has this to say.

“My child was facing developmental delays and the music Dilip sir composed brought major changes. He now learns in a better way. My child listens to the music four times a day, starting from the morning, and right up until he goes to sleep. He is relaxed and happier and that makes me happy too.”

Parents also report an improvement in focus, concentration and mood. It has also made the children more productive. Another parent spoke of witnessing a change after just three to four months of therapy.

“My child has strong signs of autism and ADHD and has behavioral and attention issues. Music therapy has helped improve his focus and he enjoys activities like coloring as well. I feel he is much happier too.