Ataxia has not dented Zoyeb Zia’s passion to study zoology 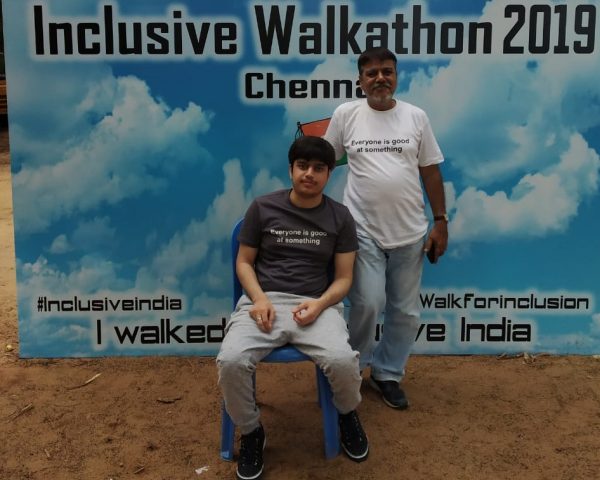 The many labels don’t do justice to Zoyeb Mohammed Zia‘s remarkable journey. One that contains a multitude of stories and experiences.

Zoyeb was playing football in high school when he realized something was not quite okay.

“I was in Class 11 and while playing football, I was unable to kick the ball. I had no idea why. Then, over a period, I found my walk was becoming unstable and I needed support”, recalls the Chennai-based research student and teacher.

Zoyeb, who was good at sports and academics in school found he was unable to keep up. His reaction was to withdraw from friends and family. Worried, his parents put him through a series of tests and Zoyeb was diagnosed with spinocerebellar ataxia, a rare neurological Disorder in which the region of the brain that controls movement begins to deteriorate, affecting coordination and body movement.

We had not heard about ataxia till then. It started as slight imbalance in his walk and poor coordination in his hands and legs. Zoyeb noticed the changes first and kept this hidden for some time. But soon it became apparent as he started dropping things, banging into doors and walls. – Iftikhar Mohammed Zia, Father

It was a period of intense turmoil for Zoyeb and his parents. Zoyeb even contemplated quitting studies, when his school stepped up in a big way. Suma Padmanabhan, Principal, Asan Memorial School, whom the Zias confided in, realized the child was hesitant to speak about his condition and chose to break the ice in an empathic manner.

The Asan Memorial School also moved his classes from the top floor to the ground floor to make it easier for him to attend class. He was given extra lessons to make up for times he was unwell. “He is such a wonderful child”, says Padmanabhan. “Once we started helping him, he just blossomed and worked even harder”.

“The school would arrange special classes for him when he was absent for some time”, says Iftikhar, who quit working full-time to support his son’s future dreams.

Zoyeb gradually started to overcome his worries and look to the future. Passionate about biology, he decided to pursue the subject deeper.

“I plan to do a doctorate and teach and pursue research in genetics or genomics”, says Zoyeb, who is an Assistant Professor in zoology at The New College in Chennai. He cleared the State Level Eligibility Test to qualify for the post of professor in the first attempt and has been teaching for more than a year now.

“He is focused and has always been hardworking”, says Dr Asrar Sheriff, who heads the zoology department here and was Zoyeb’s teacher and research guide. “He has some difficulties due to his disability and we accommodated him. It is hard for him to do the number of experiments mandated by the University Grants Commission, so the assessments are mainly questions-based”.

In Zoyeb’s journey lies a larger message. That given support and confidence, disability is not a barrier to achieving any goal.

“My advice to parents in similar situations is to build the confidence in the person, show him/her different options, show them other achievers and chart out a route for them to carve out their goals”, says Iftikhar.

A message that Zoyeb and his parents are looking to spread to a larger audience in his capacity as a motivational speaker. They are linked with organizations and groups working to help people with rare diseases.

ALSO READ:
The wheelchair has given me wings to fly! – My Take by Dr Divya Singh