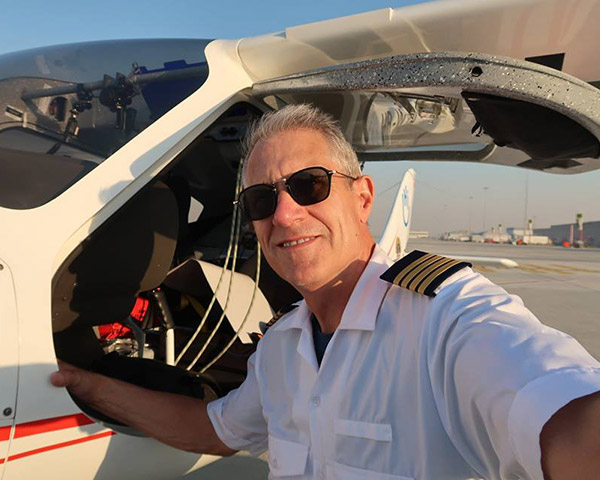 Paraplegic pilot Michael Charles Lomberg is now a memory. The pilot passed away in a plane crash in Thailand. Reportedly, Lomberg’s aircraft crashed when he was trying to land the light sport aircraft at Bang Phra airport in Si Racha district. Guillaume FÃ©ral, another disabled pilot, also had a tragic end in the crash along with Lomberg. 60 year old Lomberg who hails from South Africa was an inspiration to thousands of people to follow their dreams. He was popularly known as Mike.

Lomberg was part of the venture Handiflight that promoted disabled pilots. The pilot who was on an around the world expedition has over 3850 flying hours to his credit. There were two other aircrafts in the expedition that was done to raise funds for charity. The team was on their way from Bangladesh and headed to Thailand. Reportedly, Lomberg’s aircraft hit the power cables near the airport. Authorities had found several cables at the site of the accident.

Lomberg started from Switzerland on 17 November. He had made a stop at India on December. Disability groups across the world expressed their shock over the incident. Authorities of Handiflight said that they are ensuring a thorough investigation into the matter.

Gutted to hear that Mike Lomberg’s plane had an accident in Thailand just before landing, and he is dead. We’d only spoke once at length, and I had wanted to go meet him and Guillaume in Nagpur, but it didn’t work out. You went doing what you love, Mike. Hope you’re flying free-Peter Griffin

Lomberg was working as a pilot with the South African air force when he met with an accident in 1990 that left him paraplegic. But the accident could not break his spirits. Lomberg got back to flying in 2011 raising many eyebrows. But he proved to the world that his disability never became a deterrent to achieve his dreams.

“Our condolences go out the family and friends of Mike Lomberg. What an inspirational man he was doing this flight”, tweeted Elevate Aviation.

Even when condolence messages pour in from across the world, Lomberg’s inspirational journey touches the heart of every person.

ALSO READ: In Memoriam – A tribute to the disability advocates we lost in 2018