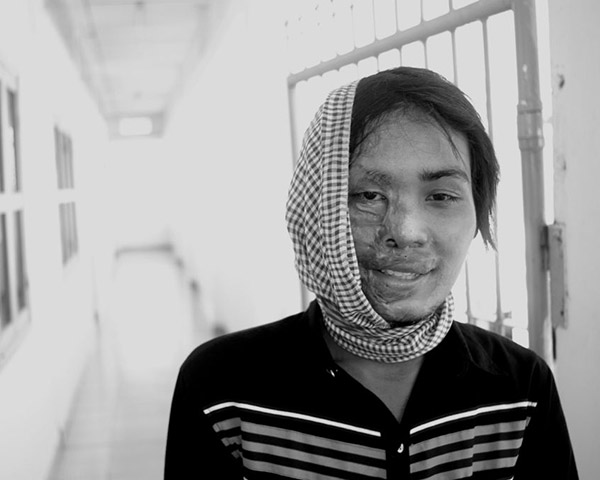 Laxmi Agarwal became the victim of an acid attack when she was just 15 years old. A 32-year-old man threw acid on the teenage girl for rejecting his advances and calling out his behavior.

All it took was a few minutes to change Laxmi’s life forever. From a carefree young girl she was left coping with the scars, physical and mental, that such an attack leaves. Laxmi decided to use her experience to change the world around her and started raising her voice against the sale of acid.

In 2006 she filed a PIL in the Supreme Court seeking for tougher laws against the easy sale of acid. Thanks to her efforts, the court ordered a regulation to be applied on the sale of acid in the country.

She has received a lot of appreciation and awards for her efforts to speak for other acid attack survivors. While her life has gone through ups and downs, Laxmi’s fight against the sale of acid continues.

Now a campaign called #StopSaleAcid aims to curb the sale of the toxic substance and to raise awareness about the challenges faced by those who experience the violence of an acid attack.

The need to campaign against such attacks received a major boost after the government included acid attack victims for benefits under the RPWD Act 2016. This was to ensure that survivors of acid attacks get all benefits of disability provided under the law.

The campaign has been started by professionals from various sectors across India. It has been taken to several states and has received support from thousands of people.

The key objectives of #StopSaleAcid campaign are:

– To ban the sale of acid in India

– To make people aware regarding hazardous effects of acid

– To rehabilitate the acid attack survivors

– Free legal help for those in need

– Counselling of acid attack survivors and their family members

– To work worldwide against the acid violence

Himanshu Kumar, a para athlete, is associated with the campaign and says it is important that everyone speak up. “It can happen to anyone. It is crucial that sale of a harmful substance like acid is banned in the country as it can lead to permanent mental and physical damage to the victim. I also want to break the notions in our society about disability and make people aware that disabled people are not looking for charity and can live independent lives with dignity.”

Himanshu has appealed to the education authorities to add a chapter on disability to the school syllabus as early awareness can help build sensitization.

The team behind #StopSaleAcid is aiming to garner support from people from all walks of life, including survivors, shopkeepers and suppliers who deal with the sale of acid, and politicians.

The government has not taken up the cause of acid attack victims seriously and the system has failed at various levels to support the affected people. Women ‘s safety is still not taken up as a priority and lack of awareness continues to create hurdles for people who suffer disabilities as a result of acid-related violence. – Manzar Aman, Founder, Salma Foundation for acid attack survivors

The next event of the campaign is to be held in New Delhi on 13 January, where activities will be held to spread awareness about acid attack violence and the need to act against it. To know more about the campaign Click Here .