It’s World Braille Day today. Find out why it matters 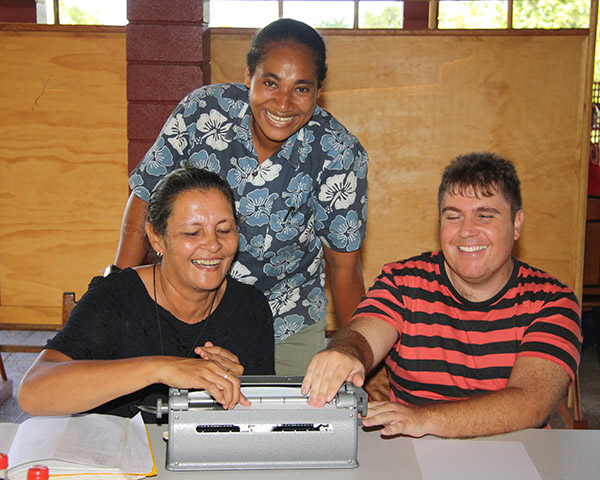 Initially, Braille was only on paper. With the onset of technology, it can now be read computers and other devices too. Today, new technology has paved the way to many mobile apps and devices that make day-to-day life easier for visually impaired people. However, Braille continues to be an important and powerful mode of communication.

History points out that Braille was invented in the year 1829 by Louis Braille. As the proverb goes, necessity is the mother of invention. Braille, who was blind, invented something novel, a means through which he could communicate with others.

Braille had initially started out as a military code system called night writing which was invented in 1819 by French soldiers. It helped them to communicate and pass on messages at war zones during that time, especially during the night.

This script was passed on to future generations. Even after centuries of its invention, Braille remains one of the most sought after scripts amongst visually impaired people.

Do you know why books in Braille look much larger than others? That ie because Braille letters take up more space than the normal alphabets. In India, there are thousands of exclusive libraries that offer Braille books. So if you have not checked out one yet, you must.

There are Braille versions of many languages including English, French, and Spanish and so on. Braille is a tactile alphabet that can be used to write any language. Sounds confusing and difficult? Visually impaired people practice and master the art to communicate. Braille writers have only six keys and it is a special machine that produces Braille texts.

Not all visually impaired people know Braille. With the onset of voice recognition software, audio books and other software, most people, especially youngsters, choose modern technologies instead of Braille. This means Braille literacy levels are rather low which needs to change because reports show there are rich education materials available in Braille from across the world.

Tony Kurian, a visually impaired student of the Indian Institute of Technology knows Braille but prefers to use the latest technology instead. But he says it has helped empower millions of blind people across the world.

Braille does not have ease of access when compared to maybe a screen reader. With the help of screen readers, you can read texts in any speed or even in different voices and browse internet with ease which is one of the most important reasons why visually impaired people choose screen readers. At the same time, Braille has reached out to millions of people across the world. It is always going to remain important. – Tony Kurian, IIT Mumbai student

Today, government and private sectors are moving towards inclusion. Therefore, Braille is used in banks, ATMs and other public places. But undoubtedly, we still have a long way to go in making Braille inclusive.

Braille has changed the lives of many people over centuries. It is still going to remain as one of the most used communication modes amongst visually impaired people. In fact, there are thousands of books that are published in Braille which has been passed on through generations. Just like the books that are passed on through generations, information available in these Braille books cannot be replaced by latest technological mediums. That says it all.

Many organizations are planning to mark this important day. Gautham Agarwal, General Secretary, National Federation of Blind, in Karnataka, plans to organize an event bringing together over 500 blind people from across Bengaluru.

“Today, there are many modern and technological alternatives for Braille. But this traditional medium must not die. We are going to have detailed sessions on how Braille can get a new lease of life”, says Agarwal.

In fact, technology makes Braille easier and more accessible for visually impaired people across the world. A lot of sighted people are now learning Braille because it is interesting and innovative.

On World Braille Day, let us acknowledge this great communication medium that has changed lives of many visually impaired people for the best. The beauty and power of Braille is only going to increase.