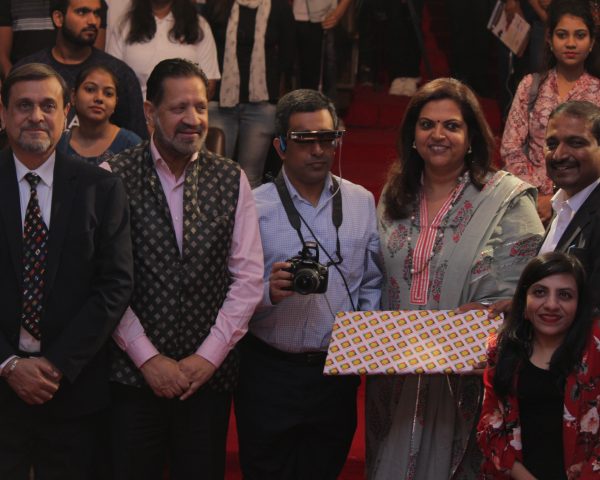 The journey of Russian blind photographer

The festival, which ends on 13 January, will showcase 45 films from 27 countries.

We are screening 45 films over a period of nine days. We have films from all across the world, including countries like Egypt, Canada and Iran. The entry is free and we have made every effort to ensure the festival to accessible to people with all types of disabilities. – Satish Kapoor, Founder, WE CARE Film Festival

From handrails and ramps to sign language interpreters at the theatres and cafes, the aim is to make sure the festival is inclusive and enjoyable for all. There is wheelchair parking as well, with gates 1 and 10 earmarked for wheelchair users.

One glaring lack, however, is that of audio description for the movies. “We were informed that we could go ahead with the festival only in December,” says Kapoor, “and that left us with little time to organize that facility, especially with the holidays coming up.” To address the needs of blind fans, there are attendants who will be present to explain what is going on.

Among the eight Indian entries to be screened is Still Standing made by Pankaj Johar. Johar’s film , made six years ago, is an intensely personal account, documenting the journey of his father, who was disabled in a shooting incident.

Still Standing has won the Dadasaheb Phalke Award for Best First Film from the Maharashtra government and has been screened in festivals in the United States and Europe.

“I was very inspired by my father’s journey, the way he fought back after disability and deep depression to start an organization to help disabled people”, recalls Johar. “It is a 25-minute film shot on Handycam and has some technical drawbacks, but I am happy that people will get a chance to see it at this festival. Many people have told me they felt inspired after watching Still Standing and quite a few wanted to volunteer with the NGO my father started.”

The aim of the WE CARE Film Festival is to promote human rights and freedoms of people with disabilities through cinema in the hope of encouraging the public and various stakeholders to look at ways of enabling the disabled community. So, come watch the films for a chance to open your minds and hearts to the potential each and every one of us holds.

ALSO READ:
Filmmaker Amrita Dasgupta looks at the education system through the lens of special needs