Jewel autism centre is truly a gem when it comes to early intervention, diagnosis 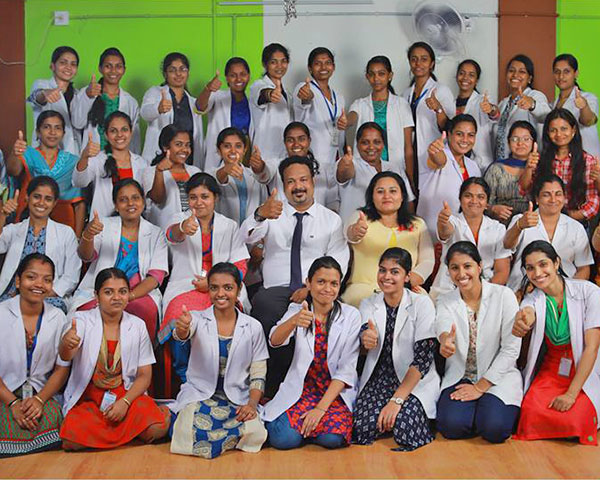 Tucked away in Kerala’s idyllic Kottayam region, the Jewel autism centre truly lives up to its name. Compared to other such centres in the state for children with developmental disorders, Jewel is unique for many reasons. It is among the few to focus mainly on the empowerment of children.

Jewel was launched in 2008 by Dr Jameson Samuel,, who was working with the World Health Organization (WHO)‘s Tsunami Rehabilitation programme.

During those times, developmental disorders were considered to be like mental illnesses. Parents just wanted their children to be sent to a special school or give them a lifelong treatment. The concept of early intervention and diagnosing never existed. But there were a few parents who wanted to empower their children as well. Since I completed my course in child psychiatry, they approached me to begin something novel for children. That is how Jewel was founded. – Dr Jameson Samuel, Founder, Jewel Autism Centre

Today, over 200 children benefit from the services offered by Jewel. The Kottayam centre provides all the required facilities under one roof for kids with all kinds of developmental disabilities. No wonder so many parents reach out to Jewel to empower their children.

Jewel has a clinical child development centre where children with disabilities are provided with nothing but the the best. Most beneficiaries here are below nine years of age. Jewel believes in catching them young. Here they are given occupational, speech and behavioural therapies, social skills training, sensory integration, remedial education programmes and even physiotherapy sessions.

“When I started Jewel, most of the parents were unaware or ignorant about disabilities. But now, things have changed. Parents are more aware. They look up to the internet for tips on how to reach out to their child. They know early intervention and diagnosis is important. They want to give the best facilities to their children”, says Samuel.

Jewel also conducts various programmes in collaboration with schools and private companies. In the Teach and Train programme, they have tie-ups with schools where children are given counselling sessions. Their social outreach programme I challenge plastic bottle in Kottayam is also much talked about.

Parents who introduce their children to Jewel have only great testimonials for the centre.

“I would like to share my experience since I have seen many parents searching for a good centre for their children with autism spectrum disorders. My daughter was going to regular school and the teachers were unable to accommodate her due to mild autism as well as other learning issues. That is when a parent told me about Jewel centre. After starting sessions in Jewel, she improved well in her academics. Her behaviour has also changed. Now, she is going to a normal school and I am really happy. I thank god as well as the centre”, says Reema Mathew, parent to a child with autism.

Another mom, Dipti David, says, “My 5 yr old son has some speech problems. Since we started coming here two years ago, there has been a drastic change because of the good team work and dedicated skilled professionals.”

The glowing testimonials are evidence of the great work Jewel is doing in the space of empowering children and parents. Know more about Jewel Autism Centre.