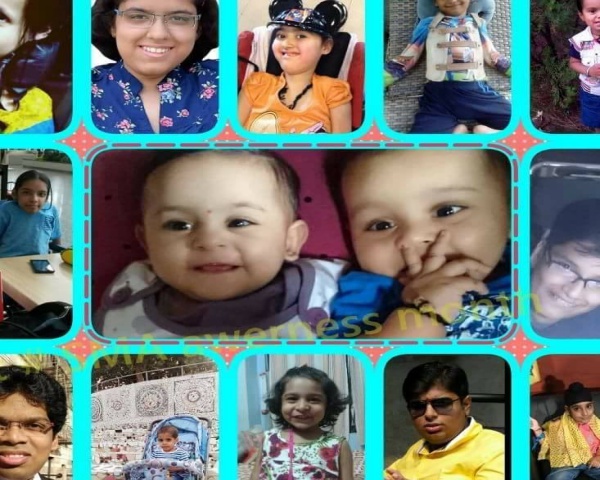 There are over three lakh children with spinal muscular atrophy (SMA) in India, but awareness about the disease is poor. SMA is a disease that robs people of physical strength. It affects the motor nerve cells in the spinal cord, and takes away the ability to walk, eat, or breathe.

It is the number one genetic cause of death for infants.

SMA is caused by a mutation in the survival motor neuron gene 1 (SMN1). In a healthy person, this gene produces a protein that is critical to the function of the nerves that control our muscles. Without it, those nerve cells cannot properly function and eventually die, leading to debilitating and often fatal muscle weakness.

People with SMA find it hard to swallow, breathe, and perform other basic functions. However, it does not affect the ability to think, learn, and form bonds.

There are four types of SMA and each come with a different set of challenges.The earlier the symptoms develop, the more severe the condition.

SMA affects all aspects of daily life, making the child completely dependent in almost all aspects. There is a risk of complications as well. “Staying informed about the condition is important to give the child what they need to live a fulfilling and healthy life,” says Archana Panda, Co-founder, Cure SMA Foundation of India, parent to a child with the condition.

The two major complications related to Types 1 and 2 are breathing and spinal curvature. A child with SMA is at higher risk of developing severe respiratory infections and respiratory muscle weakness is generally the cause of death in children these types of SMA.

Scoliosis also develops as the muscles supporting the spine are often weak. This is very common in type 2. The first signs are seen when the child reaches the age of 8 or 9.

Diagnosis requires a genetic test and this is performed only in a few hospitals in India. Doctors in India know little, making support a challenge. In the United States, there is a drug called Spinraza, which is seen as effective but hard for parents in India to access given the high costs. Specialized physiotherapist trained in neuromuscular conditions is required.