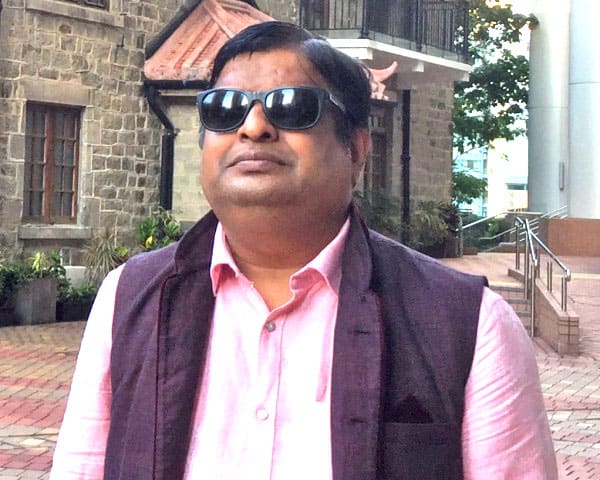 In this week’s guest column, Dr Sanjay Jain shares his view on the recent Supreme Court order upholding a 50% disability limit in hearing and vision disability for the post of a judicial officer.

The judgement delivered by the Supreme Court in V. Surendra Mohan v. State of Tamil Nadu last week, through the division bench comprising of Justice Ashok Bhushan and Justice K M Joseph falls foul both on the count of law as well as on morality.

In my modest opinion, an unelected branch of Government does not have the moral competence to exclude any class of people with disability from entering into the institution of judiciary. There is no empirical basis behind the claim raised arbitrarily by the Division Bench in their judgement that more than 50% partially blind person is ineligible from and unsuitable for holding judicial office.

The two judges have shown complete disregard to the disability rights jurisprudence and identity politics. No longer do persons suffer from physical and mental disabilities, rather they are embodied with the same. Neither physical nor mental disability is any longer viewed as a state of suffering, rather it is perceived as a marker of societal diversity and distinct identity.

The assumption of the judges that a certain degree of physical fitness is a sine qua non for holding judicial office is against the ethos of disability rights jurisprudence and is at odds with the definition of disability enshrined in Section 2(s) of the RPWD Act that states “person(s) with disability” means a person with long term physical, mental, intellectual or sensory impairment which, in interaction with barriers, hinders his full and effective participation in society equally with others.”. Clearly this definition does not describe disability in terms of percentage as it replicates UNCRPD espousing social model of disability.

Clearly both these definitions are of the type of disability which is defined in measurable terms. Exactly here the judges have lost the plot completely. Reasoning like ‘Alice in Wonderland’ they indulged in sub-categorization of a disability which is impermissible under law. Even if sub-categorization is done as appears to have been suggested in the guidelines for ‘Assessment of Extent of Disability and Certification of Specified Disabilities’ issued by the Ministry of Social Justice and Empowermentdated 4th January 2018 , it should be for measuring the severity of disability so as to give preference to the severest. There is no warrant in law or philosophy for the proposition that severest must be excluded from the affirmative action program of the government, whereas the two judges have done exactly the opposite.

It may be argued against my stand, by pointing out that the case was decided under the 1995 Act, however this argument is too weak even to be entertained, leave alone dismissed with reasons. There is a catena of cases for the proposition that a welfare legislative must be applied retrospectively, unless the same results in grave public mischief. In fact, in the impugned case by not applying RPWD Act retrospectively, the two judges have committed the public mischief of depriving a whole class of visually challenged from entering into the domain of judiciary. The same also amounts to violation of fundamental right to access to justice of every citizen which the courts so eloquently recognized recently.

The approach of the judges is also contrary to the ethos of Article 13 of the UCRPD, which reads “Access to justice: 1. States Parties shall ensure effective access to justice for persons with disabilities on an equal basis with others, including through the provision of procedural and age-appropriate accommodations, in order to facilitate their effective role as direct and indirect participants, including as witnesses, in all legal proceedings, including at investigative and other preliminary stages. 2. In order to help to ensure effective access to justice for persons with disabilities, States Parties shall promote appropriate training for those working in the field of administration of justice, including police and prison staff.”. Clause 2 of this article by implication covers disabled judges as well. As a last nail in the coffin, let me expose the fatal flaw in the reasoning of the judges in respect of constitutional validity of the Tamil Nadu State Judicial Service (Cadre and Recruitment) Rules, 2007 as amended by the Government Order dated 03.04.2018.

Even elementary knowledge of administrative law is the first casualty, if the two learned judges were to be taken seriously that the same being tested by 1995 Act rather than by 2016 Act. Obviously the 2018 Amendment to the said rules, has to stand the scrutiny of 2016 act (RPWD Act) as the 1995 act has already been repealed by the Parliament. While concluding this short comment, I would urge the judiciary in general and the two judges in particular to educate itself properly about disability rights jurisprudence and the potential of the persons with disability.

I wonder how the two judges could conveniently forget ideals like Justice Yacoob of the South African Constitutional Court and so many other allied judges. Of course, what is more shocking is that in India itself, some states have allowed blind persons to become judges . Should the two judges not have not taken cognizance of the same? Is it a trite proposition in law to view eligibility and suitability to become judge, relative to a particular high court? I wonder how the conscience of the two judges became so blunt that they even forgot the motivating work of stalwarts like Hellen Keller and Stephan Hawking.

I would like to attract the attention of the two judges to the fact that rather than ableism, the focus should be on the abilities. A person can acquire abilities despite all odds. But what is lamentable however is, the bitter truth that howsoever gifted one is, as a disabled, one cannot overcome the ableist mindset and particularly those of the learned judges of the Supreme Court. May I humbly urge the Hon’ble Chief Justice of India to recall this order and re-initiate the case with a positive mindset.

Dr Jain is an Associate Professor at ILS Law College, Pune and Faculty head of the Equal Opportunities-cum -Enabling cell here. He is totally blind and is a doctorate with specialization in constitution and administrative law. He is also co-author of a book on the constitution called “Basic Structure Constitutionalism – Revisiting Kesavananda Bharati” published by Eastern Book Company, with a foreword by former Chief Justice of India, Justice K. G. Balakrishnan.