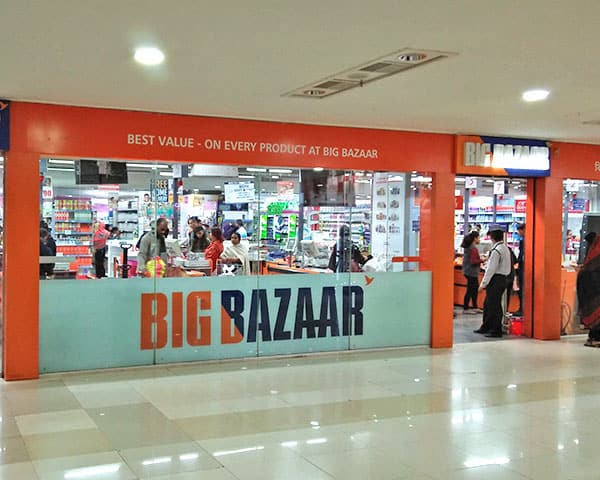 As accessible shopping experiences go, leading retail chain Future Retail Group has been raising the bar consistently with a range of initiatives.

The most recent one, #Sabke Liye on 21 January, was the biggest such in this direction. The Preview Day Sale was held at 357 Big Bazar stores across India exclusively for people with disabilities.

The aim was to offer the disabled community access to all the discounts and offers that they miss out on during the annual Republic Day sale due to the large crowds.

We had customers with disabilities across the spectrum. We had customers on wheelchairs, we had visually impaired people and hearing impaired people. It was the first time that many had come out shopping. It was very liberating for them and gave them a feeling of immense independence. To be able to move around the store and be able to touch, feel and experience different things left many of them amazed and smiling in wonder. Everyone wants to enjoy sales events and discounts. It was a list of firsts for these shoppers who did a bunch of things non-disabled people take for granted. – Vineet Saraiwala, Deputy Manager, Future Retail Group

An approach that will hopefully trigger a larger mindset change across India. So, what was the Sabke Liye shopping experience like for disabled shoppers? Newz Hook brings you some reactions from the visually impaired community.

“Loved it!”, says Gurleen Kaur, a second-year graduate student from Jallandhar, who is blind. This was her first experience shopping during peak sale, an experience she prefers to avoid usually.

I loved the facility of a shopping assistant. In fact, there were three who came with me and they explained everything. I liked the way they told me where things were kept and also let me feel the items. While my parents were there, I did not need them at all! Usually they are always around to guide me but this time I did not need them. I bought items worth RS 2,000. I want it to be like this all the time. – Gurleen Kaur, Blind student

The facility of a shopping assistant was the star factor for Jaipur-based entrepreneur Sunil Sangtiani as well. “I went with my wife, who is visually impaired, and two other coupled to the Trinity Mall outlet and it was good to know that the entire staff was aware about the sale for people with disabilities. We were taken on a sweet ride through the entire store and told about all available products in detail and helped out with making a choice too. In just 30 minutes, we filled our bags with many products and ended up spending Rs 5,100 more than we planned to”.

For Kewal Hariya, Founder of Udaan, a team of visually impaired musicians, the experience was a mixed one. Hariya, who is based on Mumbai, always shops with his wife or mother. Having heard about the special sale for disabled people, he chose to go the Matunga store with four women who were visually impaired.

“When I entered the store, no one seemed to know how to handle a visually impaired person”, says Hariya. “I believe sensitization programs were held, but no one knew what to do. I was directed to quite a few people before I got some help. Finally, I was connected to the store manager directly and helped out”.

Once he reached the manager, the experience was rather positive. “The store manager was helpful and patient and got things organized for us. The store was rather crowded, but we did not face any issues. It was a good experience”.

Hariya’s feedback to the Big Bazar team? “Going ahead sensitization needs to be worked on. It seemed like no one at the store I went to was sure that such a sale was on that day”.

For Priyanka Nanavare, who works in Mumbai, it was her first experience shopping independently. “I actually had a good time shopping with the assistant. I would always go with friends but this time I went alone, and it was very hassle free. I saved a lot of time and did not miss out on anything. The only input I have is that if the customer could be told about how they have saved at the billing counter itself, that would be great. Right now, we come to know later”.

An exercise like this, undertaken on such a mammoth scale, is bound to have some initial hiccups. No doubt, these will be taken into account going ahead. Initiating it indicates not just business foresight, but also heart.

As Sangtiani puts it, “In this competitive time where every sale you make counts, you not just increased the sales of your company, but also fulfilled a much-needed commitment that no other company seems to be doing at present”.