No Looking Back, my experiences with autism – My Take by Wing Commander Prashant Singh 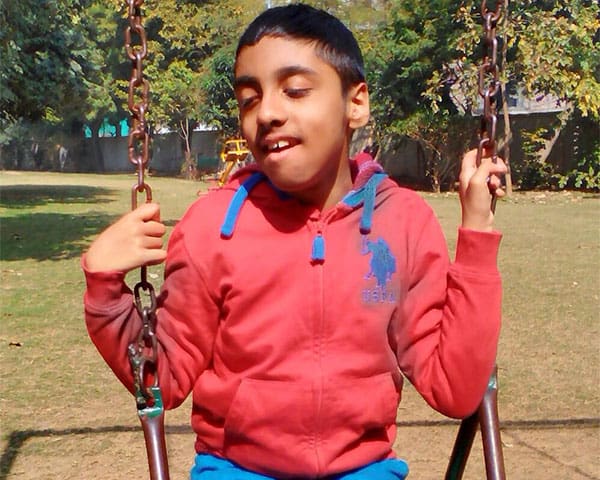 In My Take, Wing Commander Prashant Singh talks about his experiences parenting a child with autism.

It was a Sunday afternoon in the month of September. The weather was fantastic. I was on leave with my wife and family awaiting the arrival of my baby. On the fateful day, the doctor announced that the delivery would need to be induced. It did not ring a bell. No alarms. Only some caution. After all, the doctor was amongst the most renowned in town, with years of experience and a friend of my father. What could go wrong? Millions of children are delivered under much worse conditions, and here I was enjoying the facilities of a well-established medical facility. Despite the ‘some not so good news’ in the pre-delivery checkups, the overall report was positive. And so we were here, the D-day.

There was some complication during the delivery too, but again, nothing much to worry. As days passed, the family got into the routine of taking care of the newborn. Since the baby was a few hundreds of grams underweight at birth, additional care was taken to get things on track at the earliest. Routine checkups with the paediatrician returned normal reports. However, to me, certain issues were apparently not normal.

Like most people, I did not have exposure to handling newborns other than those of my near relatives and few colleagues. The first warning sign was the absence of a regular sleeping habit. My child did not sleep well. As common knowledge goes, a newborn child can sleep for up to 18-20 hours, waking up only for feeding and the routine hygiene rituals. But my child slept for four to six hours at the most, and that too, not at a stretch. The day he used to sleep for eight hours or more, was an occasion to celebrate.

After a few weeks, his eye movement had not steadied and the gaze used to be as if staring at an empty space and not faces or objects, without expressions. His activity levels were also comparatively less. So, within the first few months these were the worrisome signals foretelling something unusual.

After about 10 months, things turned bit worrisome after the initial milestones of crawling, sitting and babbling were missed along with the continued lack of emotions and expressions like laughing or even crying. Response to social stimuli was absent. The difficulty in feeding solid food and developing a liking for food of one texture and flavour were also early indicators of some abnormality. The initial diagnosis was ‘global development delay’ and after 18 months, we became aware of the condition known as ‘Autism.’ But again, some more tests were advised on attainment of two years of age. It was then labelled as Pervasive Developmental Disorder – Not otherwise specified, with autistic features (PDD-NOS)

Every person goes through life-changing events. Some are due to chance and some by choice. Though, in most cases it is more of the former than latter. Arrival of a new member in the family is a choice event. But the knowledge that there is a condition since birth which the child will have to live is certainly a life-changing event, and so it did for us too. Then the real ordeal began – that of finding suitable therapy, food, place, environment and resources, where this could be treated and most importantly, that of fitting my work life with the requirements at home. Since the early signs had given us premonitions of something serious, the final verdict was not too much of a shock. Now it was a question of carrying on with life, albeit quite different from the rest of the people around.

The knowledge that there is no specific treatment for the disability and in fact, that it has not yet been discovered was most disconcerting. The immensity of the condition goes far beyond many other disabilities. It results in a mix of symptoms from diverse conditions ranging from severe mental retardation to savants, with or without physical impairment. Fortunately, the near family supported us in all our endeavours to alleviate the situation and the organisation where I was working also helped by posting me to a place where some therapy was available. The sensory and behavioural issues however, remained. With passage of time some indicators improved and while some aggravated. After series of tests at leading institutions in the country like NIMH and NIMHANS, we became aware of the full scope of the condition and gradually put a strategy in place of tackling the issues one by one.

My wife committed herself to taking care of the needs of the child and accompanied him for the therapy sessions which were mostly one-to-one. Occupational therapy, sensory integration, physiotherapy, behaviour modification and increased time with the child became the immediate requirements. This carried on for over 20 years and now we have stabilized in the process by finally arriving at a balance between what needs to be done and the extent to which it can be done keeping the practicalities in mind. In this journey we have come across parents who are facing similar situations, tried to associate with few and explored options for future care giving for the child. Finding about new resources through people and online groups is an important step in the process.

The institutionalised support system for people suffering with autism in India is limited. The premise based on which all stakeholders are committed and continue to put in effort is to provide an environment that is befitting human life. The benefit of any programmed intervention must pass on to the person who is affected by disability conditions. In the last 10-12 years, awareness regarding autism and similar conditions has increased, and hopefully the dream of an invention leading to the cure may be realised as medical technology advances. The timely identification of symptoms, correct diagnosis and prognosis, the line of treatment and its availability, contribute a lot towards alleviation of the condition of persons with disabilities. Support from parents, near relatives, care givers, social groups, institutions and the government are great enablers.

Grappling with developmental issues related to physical and mental condition of autism and the associated behavioural outbursts has been a great experience. The ordeal has helped us become more patient, more accepting of the follies of other people and dealing with our own, learning to live with the imperfections of life. We have taken strength from what was taught to us in our growing years – never look back, keep moving forward.